The charts below apply to non-distressed home sales with at least 1 car parking. Distressed home sales — bank-owned property and short sales — typically sell at a discount, but as the market recovers the number of such listings is rapidly declining.

If a price is followed by a “k” it references thousands of dollars; if followed by an “m”, it signifies millions; “N/A” means that there was not enough data to generate a reliable statistic. Where abnormal “outlier” sales were identified that significantly distorted the statistics, these were deleted from the calculations. Within each chart, the neighborhoods are sorted by median sales price, highest to lowest.

Very generally speaking and varying widely by city neighborhood, thus far in 2012, San Francisco home prices have increased by 5% to 15% over 2011 values. 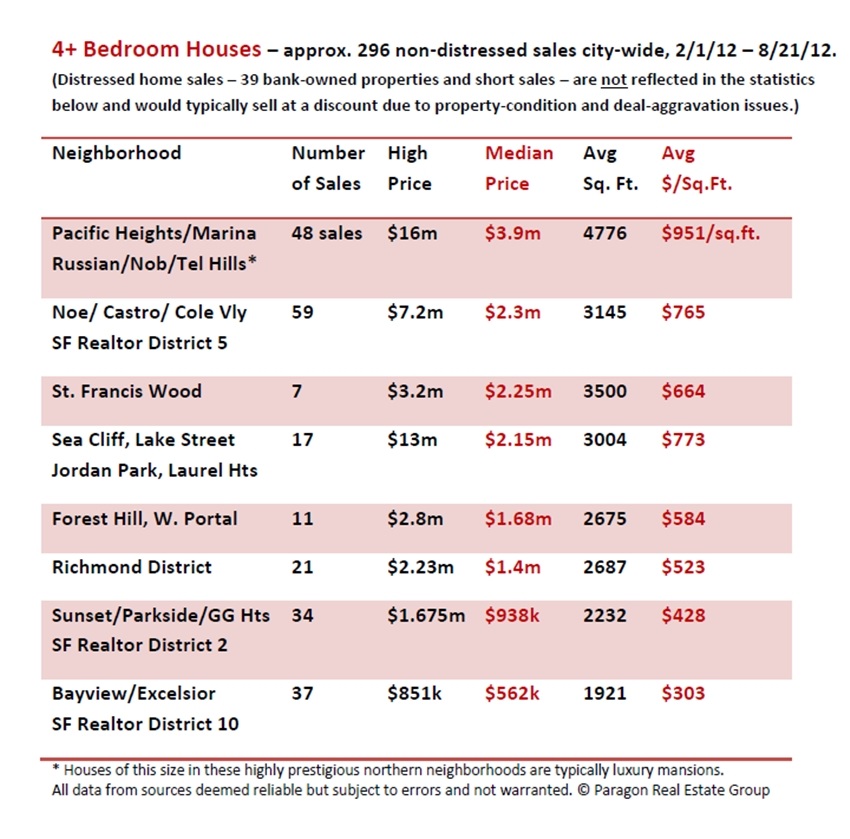 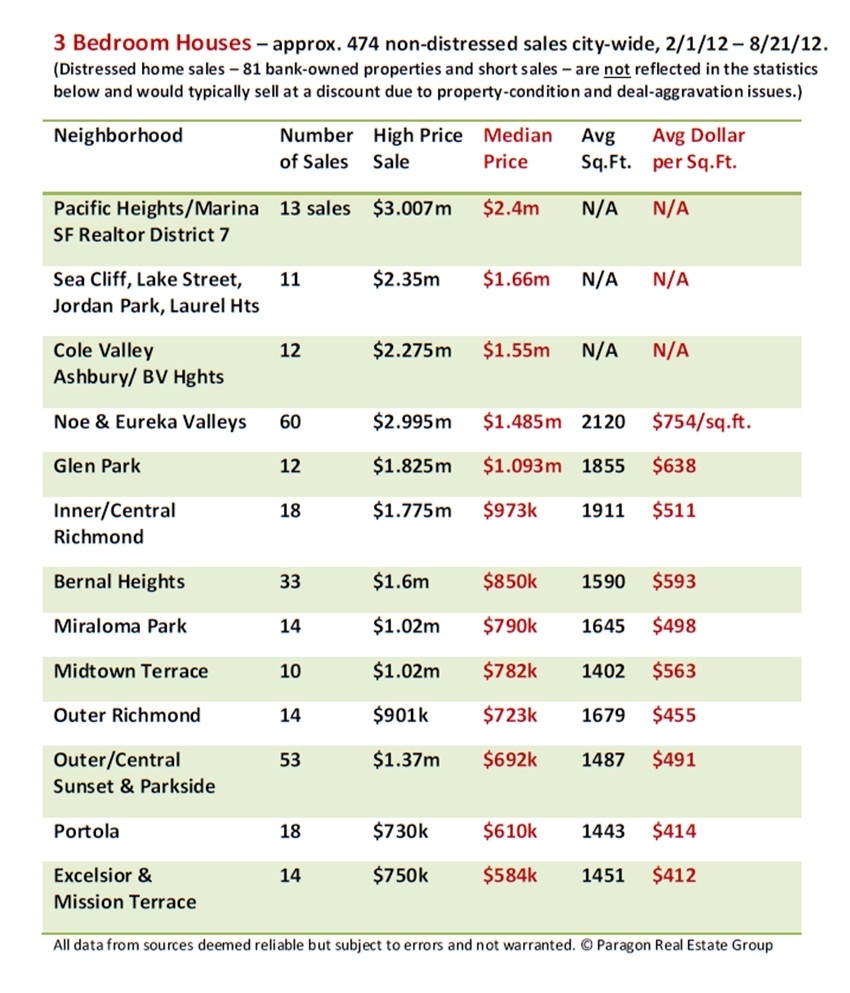 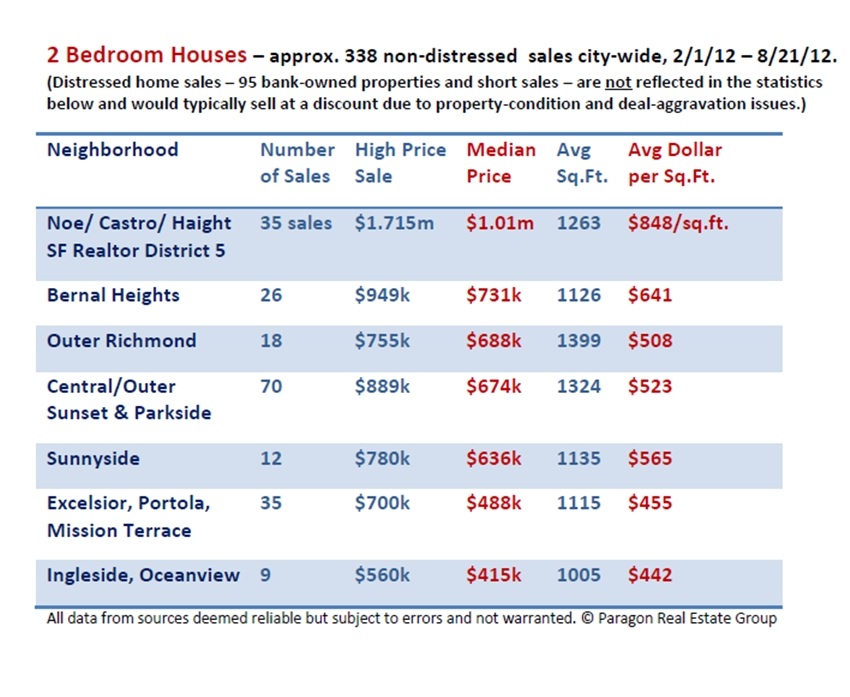 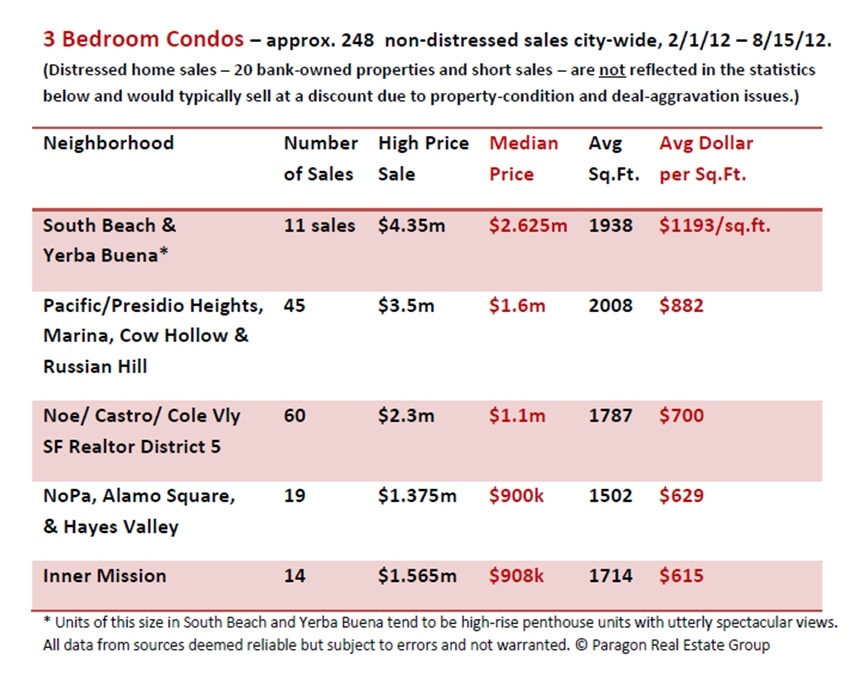 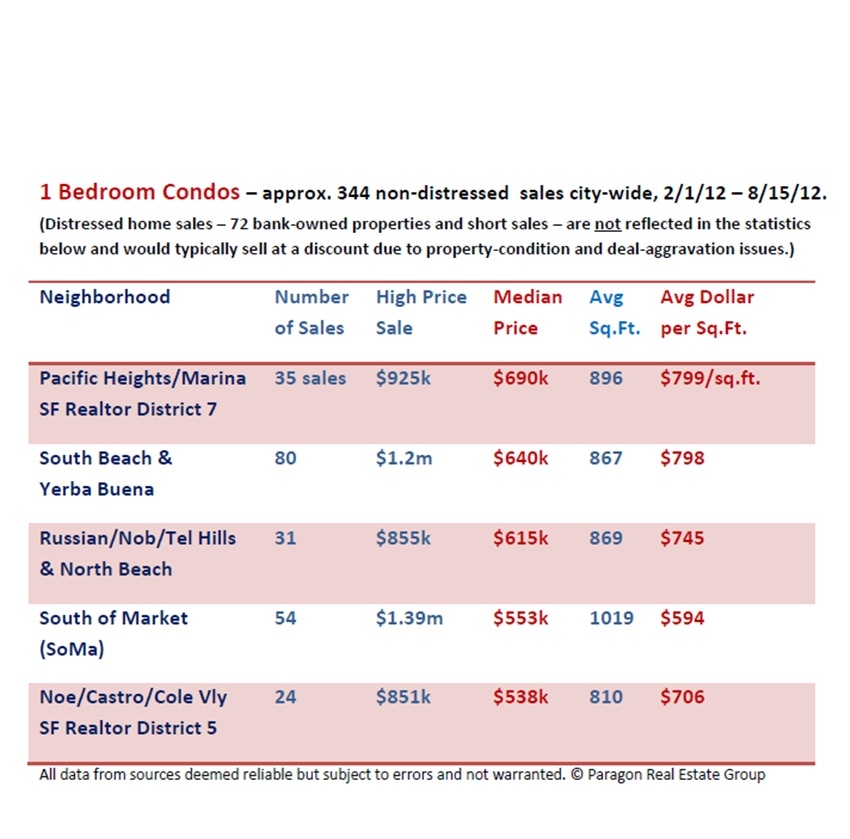 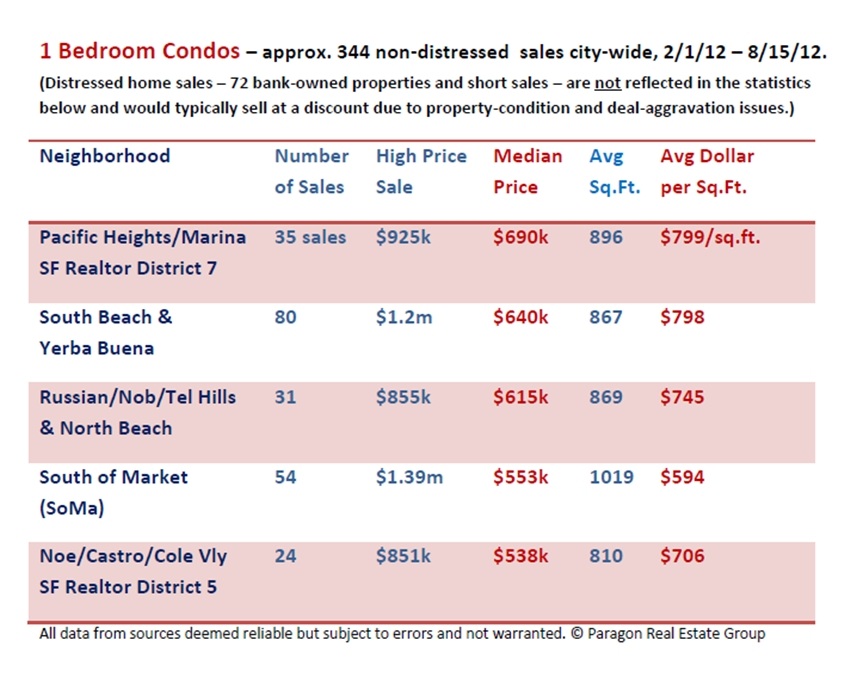 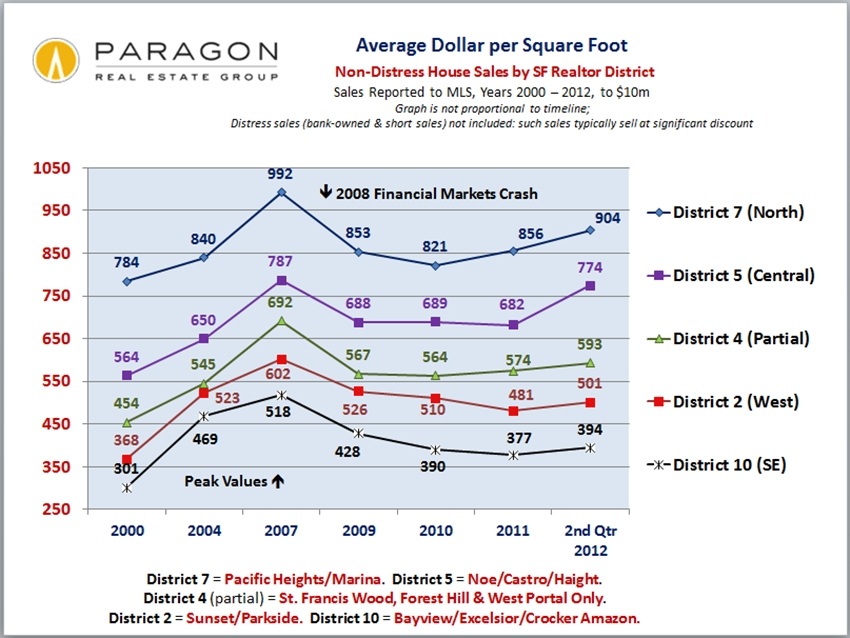 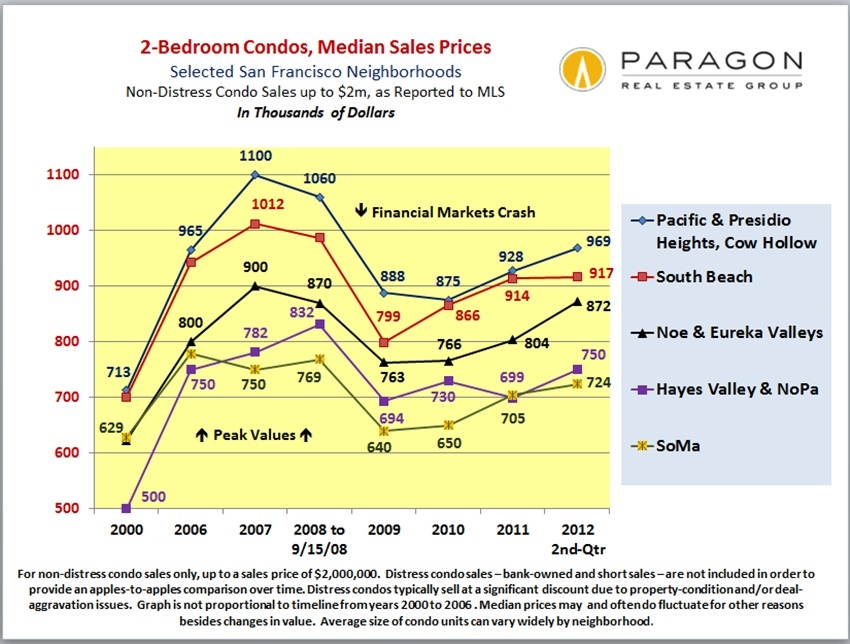 AVERAGE DOLLAR PER SQUARE FOOT is based upon the home’s interior living space and does not include garages, storage, unfinished attics and basements; rooms and apartments built without permit; decks, patios or yards. These figures are typically derived from appraisals or tax records, but can be unreliable, measured in different ways, or unreported altogether: thus consider square footage and $/sq.ft. figures to be very general approximations. Generally speaking, about 60-80% of listings report square footage, and dollar per square foot statistics are based solely on those listings. All things being equal, a house will have a higher dollar per square foot than a condo (because of land value), a condo will have a higher $/sq.ft. than a TIC (quality of title), and a TIC’s will be higher than a multi-unit building’s (quality of use). All things being equal, a smaller home will have a higher $/sq.ft. than a larger one. The highest dollar per square foot values in San Francisco are typically found in upper floor condos in prestige buildings with utterly spectacular views.

The AVERAGE SIZE of homes of the same bedroom count may vary widely by neighborhood: for example, the average size of a 4-bedroom house in Pacific Heights is much larger than one in Noe Valley; and the average of a Marina 2-bedroom condo is larger than one in South Beach. Besides the affluence factor, the era and style of construction often play large roles in these disparities.

Some neighborhoods are well known for having additional ROOMS BUILT WITHOUT PERMIT, such as the classic 1940′s Sunset house with “bedrooms” and baths built out behind the garage. These additions often add value, but being unpermitted are not reflected in $/sq.ft. figures.

Many aspects of value cannot be adequately reflected in general statistics: curb appeal, age, condition, views, amenities, outdoor space, “bonus” rooms, parking, quality of location within the neighborhood, and so forth. Thus, how these statistics apply to any particular home is unknown.