The majority of homeowners in Western states think that home prices have increased over the past year, although only about half of them expect appreciation to continue into 2016. Americans are also split on continued economic improvement. 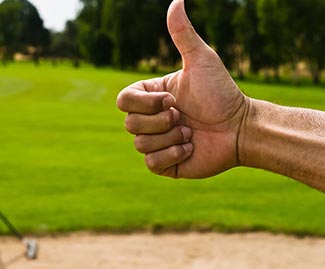 The National Association of Realtors’ quarterly Home Opportunities and Market Experience survey found that 67 percent of respondents in Western states believe that home prices have grown over past year, more than any other U.S. region. Looking forward, Westerners are also the nation’s most confident about future appreciation, with 55 percent projecting prices to rise over the next six months. Homeowners in urban locations tend to be more bullish on past and future appreciation than those in suburban or rural areas.

Rising prices are fueling Western state homeowners’ confidence in their abilities to sell, with 66 percent believing that now is a good time to put a property on the market, the highest in the nation. On the other side of the coin, 68 percent of respondents in the West think it is a good time to buy a home, lower than in other parts of the country and the nationwide average.

Most of those prospective buyers will need a mortgage, and the survey results indicates that first-time buyers are expecting to have problems qualifying for one regardless of where they live. Roughly two-thirds of buyers who don’t already own a home expect the process to be somewhat or very difficult, nationwide and across all four major U.S. regions.

When it comes to the economy, Americans are basically split in half on their outlook. Forty-eight percent of those polled think the economy is improving compared with 52 percent who don’t, identical to numbers recorded in the West. Millennials are the most optimistic about the economy, with confidence progressively eroding through higher age brackets.

The survey’s Personal Financial Outlook Index registers 58.1 out of a possible 100 in March, reflecting stable confidence that respondents’ finances will improve over the next six months. Once again, younger Americans are more optimistic about their financial outlooks than older generations, as are those in urban areas who currently rent.