There are plenty of reasons to incorporate smart-home technology into your life — greater convenience, improved efficiency, and added security, to name just a few. And here’s one more: greater home resale value. 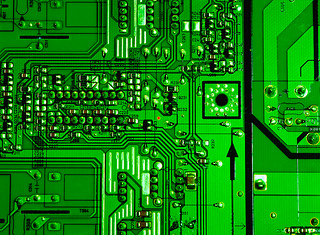 A recent survey found that smart-home devices such as connected lighting and thermostats, remote-access security, and smart locks could make a big difference in how much a buyer might spend on a home purchase and how quickly they might act.

In fact, 81 percent of current smart-home device owners said they would be more willing to buy a home with connected tech already in place, according to the survey by Cnet and Coldwwell Banker. And 66 percent said they would leave their smart-home products behind if they thought their house would sell faster as a result.

Parents with children under 18 are nearly twice as likely to have smart-home products, with security the most pressing issue. Among all respondents, 59 percent of parents said they would be willing to pay more for a home equipped with smart products compared with 47 percent of respondents without children.

In the survey, smart-home devices were defined as “products or tools that aid in controlling a home’s functions such as lighting, temperature, security, safety and entertainment, either remotely by a phone, tablet, computer or with a separate automatic system within the home itself.”

Forty-seven percent of millennial respondents, ages 18 to 34 (and 33 percent of those ages 35 to 44) said they own at least one smart-home product. Of those who currently use it, 81 percent said they would be more likely to buy a home if smart products were already installed.

Of those who own a smart-home device, virtually all (91 percent) said they would recommend it to others.

Eighty-seven percent of smart-home device owners said the technology makes their lives easier, and more than half said it saves them time — an average of nearly 30 minutes per day. Forty-five percent also said that, on average, they have saved more than $1,000 a year with smart-home technology.

Also: 76 percent of those with smart-home products said they control them with a mobile device. Fifty-one percent said the living room is the most common place for smart-home technology, followed by bedrooms at 45 percent; a family/rec room at 35 percent; and the kitchen at 30 percent.