On March 8, I moderated a roundtable panel at the National Association of Business Economists featuring three distinguished housing economists:

The panel discussion focused on understanding the state of the housing market: Do we have a shortage of demand or supply? While the market has been relatively hot throughout most of California, we all agreed that most of that heat comes from appreciating home values that are largely driven by very slim inventories of properties for sale. Nevertheless, we also discussed many other market dynamics that are lending themselves to a less-than-ideal environment. Here are some powerful insights:

A Lack of New Construction in Geographically Desirable Areas

A Lack of Wide Mortgage-Credit Availability

At the same time, homeownership rates for younger households are at an all-time low (see Figure 1). Among the households aged 35-44, homeownership rates today are 10 percentage points lower than both in 1984 and 2005. Households between age 25 and 34 have seen more dramatic drops when compared to 1984, while only those age less than 25 have actually seen an improvement. 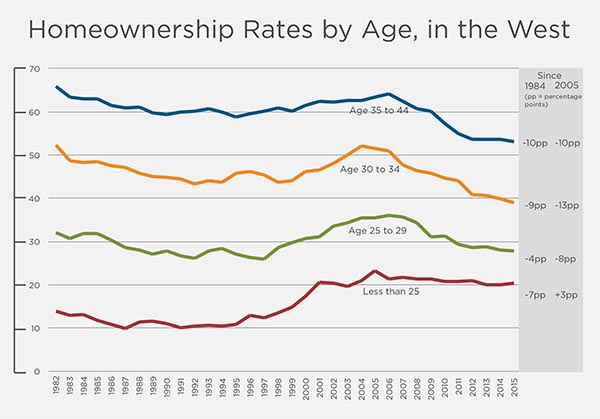 Green offered a compelling explanation of declining homeownership trends among young people tied to marriage rates. As he said, married people typically own homes while single people rent. Since single people do not appreciate the fixed costs of owning a home, they may want the flexibility of moving if they meet a prospective spouse. There has been a decline in marriage over generations, and across the world (see Figure 2). Only one in four of today’s millennials is likely to be married by the age of 32. Among the Silent Generation — those born between mid -1920s to the early 1940s — almost seven in 10 were likely to be married by the age of 32. That’s a remarkable difference. 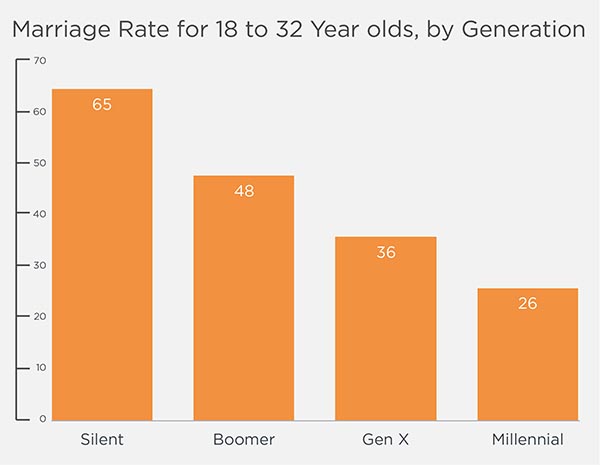 What Does This All Mean?

Selma Hepp is Pacific Union’s vice president of business intelligence and chief economist. Her previous positions include Chief Economist at Trulia, senior economist for the California Association of Realtors and economist, and manager of public policy and homeownership at the National Association of Realtors. She holds a Master of Arts in Economics from the State University of New York (SUNY), Buffalo and a Ph.D. in Urban and Regional Planning and Design from the University of Maryland.