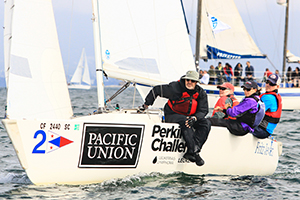 Pacific Union wishes to tip our hat to four of our real estate professionals, who recently demonstrated our company’s core principle of elite performance in a sailboat race to help fund cancer research.

Despite having only one chance to practice prior to the race, Pacific Union’s team performed admirably and improved its standings in every race, for an overall third-place finish — no small feat considering that two of the competing boats had professional sailors on board.

The regatta earned over $660,000 to help fund breakthrough research to fight blood cancers. We’d like to once again congratulate Mark, Steve, Erica, and Sean on their strong showing, and we’d like to thank our entire team of real estate professionals for all of their charitable and community-service efforts.