The Bay Area’s thriving economy helped it earn not one, but two spots on a list of the nation’s top 10 housing markets where job growth is powering home price increases. 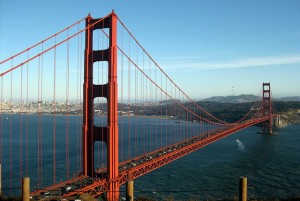 The list, prepared by economists at Realtor.com, calls out regional markets with “major job-creation mojo,” and the San Francisco and San Jose metro areas placed second and third, respectively, in the nation.

Expanding employment is one of the key elements of a healthy real estate market, and Realtor.com declared that the nation is currently enjoying “the best spring housing market we have seen since 2006,” with above-average price appreciation. But unlike the 2003–2006 housing bubble, these gains are real and sustainable because of strong economic growth.

The top 10 cities on the list “stand out among the 100 largest housing markets in the country” because of having the highest level of job creation within the last three years along with above-average price appreciation. They are also predicted to see similar growth in the forthcoming year.

The San Francisco metro area was second only to the Denver area among this spring’s top housing markets. The region saw 3.2 percent job growth from 2011 to 2014, and the median home price rose 16.8 percent. From May 2014 to May 2015, the median list price rose 8.7 percent. Realtor.com Chief Economist Jonathan Smoke noted that “the type of employment that the Bay Area creates has driven a substantial increase in high-income households,” as households with annual incomes of $250,000 or greater have almost tripled since 2000.

The San Jose metro area “is highly concentrated in the tech sector,” according to Smoke, with sector growth resulting in an increase in the number of high-income households. “In 2000, 4 percent of the households in the market had an annual income of $250,000 or more. Today it’s 12 percent.”

Pacific Union keeps a close eye on the economic trends in the Bay Area. We recently reported that unemployment claims declined in all nine Bay Area counties from March to April, while the state’s jobless rate reached its lowest level in seven years.