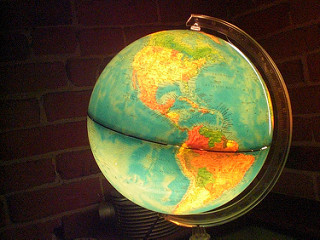 Sales activity for luxury properties slowed both globally and here in the Bay Area in 2015, but high-end real estate remains a greatly desirable investment for the world’s wealthiest individuals.

That’s according to the 2016 Luxury Defined Report from Christie’s International Real Estate (CIRE), which examines luxury real estate trends in the world’s top-tier cities. After growing by 16 percent in 2014, global sales of $1 million-plus homes further normalized last year, posting 8 percent gains. CIRE says that luxury-property sales plateaued in many international markets in the second part of 2015, in part due to global economic uncertainty and stock-market volatility.

CIRE ranks the planet’s top 10 luxury real estate market on two scales. The Luxury Index includes factors such as the largest sales price, the average price per square foot, and the number of sales and current listings over $1 million. The Luxury Thermometer gauges market demand through growth at the $1 million-plus price point and the time it takes for such homes to find buyers.

For the fourth year running, CIRE named San Francisco to the Luxury Index, ranking at No. 8, with 2015’s priciest sale at $39 million. The other American cities on the list: New York (No. 3), Los Angeles (No. 4), and Miami (No. 7). London once again topped the list of high-end international real estate markets, with the most luxury listings and the world’s second priciest home sale last year — $141 million.

The Luxury Thermometer ranks San Francisco as the world’s fifth-hottest real estate market, higher than the other U.S. cities on the list (No. 6 Jackson Hole, Wyoming and No. 8 Portland, Oregon). CIRE says that international buyer activity remains robust in San Francisco and that $1 million-plus homes sold in an average of 61 days, second only to Toronto for pace of sales. Globally, luxury properties took an average of 195 days to sell.

While there’s no denying that San Francisco is an expensive place to purchase a high-end home, buyers here get more per square foot than they do in some other major global cities. San Francisco luxury buyers paid just less than $1,000 per square foot in 2015, compared with more than $3,000 in Hong Kong and about $2,000 in New York and London.

Globally, CIRE points to the tech sector, the Bay Area’s bread and butter, as an important driver of wealth for today’s luxury homebuyer. The report identifies so-called “millenipreneus” — entrepreneurs between the ages of 20 and 35 — as a rising segment of luxury buyers that is fueling demand for real estate in cities with heavy tech presences.