U.S. UNEMPLOYMENT CLAIMS FALL TO 7-YEAR LOW
Potential homebuyers who have yet to take advantage of today’s low mortgage rates may want to take note: The August U.S. jobs report has caused one prominent pundit to predict that the Federal Reserve could jack interest rates as early as this month. 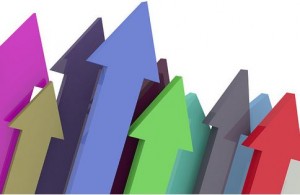 According to the latest numbers from the U.S. Department of Labor, the nationwide unemployment rate fell to 5.1 percent in August, down from 5.3 percent in July and 6.1 percent from one year ago. Jobless claims declined to their lowest levels since 2008, although the 173,000 positions created last month fell short of projections.

So what does that mean for interest rates? Bill Gross, head of Janus Global Unconstrained Bond Fund Class, told CNBC that he believes increases are indeed waiting in the wings.

“The jobs number was mediocre but decent, and probably in terms of Janet Yellen and the Fed, sufficient for either September or December,” he said.

SEPTEMBER SHOULD BE A GREAT MONTH FOR HOMEBUYERS
An uptick in U.S. housing inventory combined with slowing demand and low mortgage rates will make September the best month of 2015 for homebuyers.

In a recent Realtor.com report, Chief Economist Jonathan Smoke wrote that listings on the company’s website were up 3 percent in August from the previous month and 21 percent from January. While inventory typically peaks in August and begins to decline in September, Smoke predicts that the seasonal dip will come later than usual this year.

Also, with the start of the school year, buyers will face less competition, and prices will moderate as homes take longer to sell. Finally, Smoke cites low mortgage rates as advantageous to buyers; for the week ended Sept. 3, 30-year, fixed-rate mortgages averaged 3.89 percent, according to Freddie Mac.

PRICE FOR SAN FRANCISCO BAY ISLAND SLASHED AGAIN
The price tag to own a private island spanning Marin, San Francisco, and Contra Costa counties just got smaller, but developers with big dreams might want to temper their enthusiasm.

SFGate reports that Red Rock Island, a deserted parcel of earth situated on the south side of the Richmond-San Rafael Bridge, is up for grabs for $5 million. Three years ago, the 5.5-acre island was on the market for $22 million before the price was cut to $9 million.

While past listings have touted the island as a potential spot for developing a tourist retreat or a personal estate, SFGate points out that the island’s location in three counties means that any developer would face at least a “triple threat of bureaucracy, plus the oversight of a few state agencies.”

BAY AREA RENTAL COSTS ONLY GETTING WORSE
San Francisco‘s already out-of-control rent prices reached a new peak in August, while tenants in Oakland have faced huge increases over the past year.

Zumper’s latest National Rent Report puts the median rent for a one-bedroom unit in San Francisco at $3,530, the highest in the U.S. and up 13.9 percent year over year. That makes the $2,220 monthly rent in San Jose – the country’s fourth-priciest rental market – seem like a relative bargain even as rents there rose 13.8 percent on an annual basis.

Oakland is now the country’s sixth most-expensive rental market, with a median monthly rent of $2,030. Since last August, rents in Oakland have soared by 23 percent, the largest such increase of any metro area included in the report.