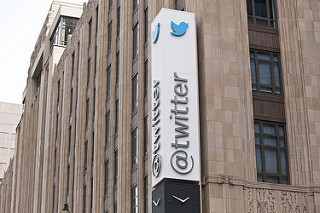 Should history repeat itself and the Bay Area’s mighty tech empire again come crumbling down, homes may lose some of their value, but long-term demand seems almost certain to persist.

A Realtor.com blog post examines the likelihood of a tech bubble and what effects its bursting might have on the housing market. While stopping short of saying that current economic conditions indicate a looming bubble, the article notes one unsettling similarity to the dot-com era: the proliferation of so-called “unicorns,” companies valued at at least $1 billion without the financial results to warrant it.

During the late 90s tech-industry meltdown, employment in Silicon Valley in the sector declined by 17 percent, and home prices dropped by 25 percent. Realtor.com Chief Economist Jonathan Smoke said that while a tech downturn would certainly impact Bay Area real estate prices, the silver lining could be relaxed demand and fewer bidding wars. But even if a tech bubble were to temporarily cause frenzied demand to ease, the Bay Area’s lack of housing inventory will always be a moderating factor.

SAN FRANCISCO RENTS KEEP GETTING MORE OUTLANDISH
Rental costs in San Francisco aren’t going anywhere but up, while prices in Oakland and San Jose have soared since last autumn.

In its latest monthly rental report, Zumper says that the median rent for a one-bedroom apartment in San Francisco is currently $3,620 per month, the highest in the country and up 2.5 percent from September. The company notes that rent prices in the City by the Bay are outpacing those of No. 2 New York City, where prices grew by 2.2 percent month over month and a one-bedroom unit fetches $3,230.

San Jose ranks as the country’s fourth priciest rental market — $2,270 for a one bedroom — while Oakland places sixth, at $2,080. Displaced San Franciscans have helped push up rent in Oakland by whopping 26.1 percent since October 2014, the most of any of the 25 U.S. metro areas in Zumper’s report. San Jose had the nation’s second-highest annual rental hikes, at 19.5 percent, followed by Sacramento (18.3 percent) and San Francisco (13.1 percent).

According to a Mortgage Bankers Association index for the week ended Oct. 2, mortgage applications rose 25.5 percent from the previous week, while refinancing activity increased by 24 percent. CNBC says that mortgage applications are up 49 percent on an annual basis and are at their highest level in five years.

The new regulations are intended to further protect homebuyers by requiring lenders to disclose all details at least three days before closing. As Pacific Union CEO Mark A. McLaughlin pointed out in a blog post this summer, the new regulations give lenders zero tolerance for errors or changes and may impact how quickly real estate transactions close.

CHANCES OF A STRONG EL NIÑO STILL APPEAR LIKELY
Winter-sports fans who are hoping that the brewing El Niño will blanket the Lake Tahoe region in snow this season will probably like the latest weather forecast, as the system appears strong and poised to wallop the West Coast.

The latest forecast from U.S. Climate Prediction Center puts the chances of a powerful El Niño lasting until spring at 95 percent, unchanged from last month. SFGate reports that the system appears to be as powerful as the one that drenched San Francisco with 47 inches of rain during the winter and spring of 1997-1998.

And while a wet winter would be just what the doctor ordered for California, it would need to rain more than twice as much as normal to put a dent in the drought.