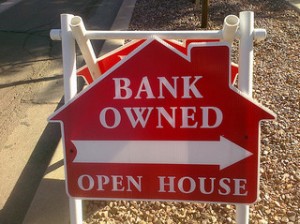 Foreclosure starts across the country and in California have returned to levels recorded before the recession, one more sign that the housing crisis is on firm footing

According to the report, the foreclosure process across the country took an average of 629 days in the second quarter, the longest period of time since RealtyTrac began collecting such data eight years ago. In a video accompanying the report, company Vice President Darin Blomquist explained that these properties are likely in poor condition and that banks are extremely motivated to sell them, often at a substantial discount.

According to The Wall Street Journal, the Mountain View-based company’s stock price skyrocketed to $703 dollars per share on Friday, July 17, a gain of $101.22 from the previous day and a record peak. Shares of the company previously reached a high of $615.03 in February 2014.

The jump came a day after Google announced its second-quarter results, which bested analyst predictions. The company’s revenue climbed to $17.7 billion, up 11 percent on an annual basis Despite the gains, the article notes that Google’s revenue growth is one-half of what is was a year ago and that ad revenue is essentially flat.

MISSION DISTRICT HOUSING DEBATE HEADED FOR SAN FRANCISCO BALLOT
San Francisco’s Mission District has become a symbol of the city’s housing divide and affordability concerns, as wealthy techies drive up home prices and rents and change the neighborhood’s character, community activists say. Whether to place a moratorium on development in the neighborhood is now in the hand of the city’s residents, who will vote on the issue in November.

The San Francisco Business Times reports that a proposal to stop market-rate housing developments in the Mission for 18 months collected more 15,000 signatures in a few weeks, qualifying it for the ballot in the city’s next election. Housing-advocacy group TODCO, which donated money to fund the effort, believes that expensive new housing units in the Mission both remove land for affordable housing and fundamentally alter the neighborhood’s vibe. San Francisco Mayor Ed Lee opposes the moratorium along with several city supervisors, who argue that development is necessary to augment the city’s slim housing stock.

Potential compromises are not out of the question, San Francisco Planning Director John Rahaim told the publication, including a mix of strategies to increase affordable housing and curtail evictions in the neighborhood.

THE RISE OF THE SILICON VALLEY SUPERBASEMENT
Silicon Valley homeowners are often hemmed in by local restrictions that prevent them from building up or out due to their lot’s size. Those seeking more space are taking the show underground, creating lavish basements that can add big value to their properties.

An article in the San Jose Mercury News highlights the trend, with anecdotes of Silicon Valley residents who have added tricked-out basements to their homes. Affluent homeowners in the region are stocking such superbasements with luxury amenities, including racquetball and basketball courts, bowling alleys, spas, and home theaters.

These high-end subterranean spaces can add a lot of size to a home’s square footage – and its value. One Palo Alto real estate professional quoted in the article estimates that the 1,900-square-foot basement in her Green Acres home, which cost $300,000 to build, would add $1.5 million to the price were she to sell it.