DOWN PAYMENTS DECLINING NATIONALLY, STILL BIG IN SILICON VALLEY
The average down payment dropped across the U.S. on both a quarterly and yearly basis, according to a new study, which also found that homebuyers in the San Jose metro area ranked among the top five for largest down payments. 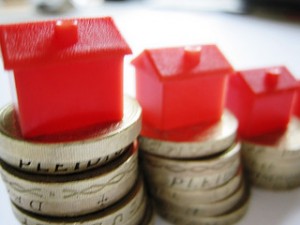 In its Q1 2015 U.S. Home Purchase Down Payment Report, RealtyTrac says that the average down payment for single-family homes, condominiums, and townhomes was 14.8 percent, down from 15.2 percent in the fourth quarter of 2014 and down from 15.5 percent one year ago. According to Realty Trac, the average U.S. down payment is now at its lowest level in three years, a fact that company Vice President Daren Blomquist attributes in part to recent programs that allow first-time buyers to put 3 percent down.

“Down payment trends in the first quarter indicate that first time homebuyers are finally starting to come out of the woodwork, albeit it gradually,” Blomquist said. “New low down payment loan programs recently introduced by Fannie Mae and Freddie Mac, along with the lower insurance premiums for FHA loans that took effect at the end of January are helping, given that first time homebuyers typically aren’t able to pony up large down payments.”

Even while contending with some of the most expensive home prices in the nation, buyers in Santa Clara County put down the fourth largest down payments of any U.S. county in the first quarter — 25.4 percent.

SAN FRANCISCO RENTS KEEP SOARING
Just when you thought it was impossible for rents in San Francisco to get any crazier comes news that the median monthly rent has surpassed $4,000, another reason that hesitant homebuyers may want to revisit the topic of owning versus renting.

Citing data from Zillow, SFGate reports that April’s median monthly rent in the City by the Bay was $4,225, up 16 percent year over year. Other Bay Area cities saw even larger annual rent hikes, including Berkeley (30.9 percent), Emeryville (29.5 percent), and Oakland (up 21.6 percent). SFGate says that those numbers make the Bay Area the nation’s fastest rising metro area in terms of rental costs.

Rents in San Francisco have gotten so out of hand that residents recently urged a 45-day moratorium on luxury-housing construction in the city’s Mission District neighborhood. After consider the proposal, the San Francisco Board of Supervisors rejected it last Tuesday.

RISING MORTGAGE RATES COULD CAUSE ‘AFFORDABILITY SHOCK’
Mortgage rates rose this past week, leading many owners who are refinancing their homes to scramble to score low rates, CNBC reports.

“A lot of refinance clients are moving to locks immediately because the Fed talk is starting to be an eye opener for everyone,” Matt Weaver, senior mortgage loan originator with PMAC Lending Services, told CNBC. Freddie Mac put the average interest rate for a 30-year, fixed-rate mortgage at 3.87 percent for the week ended June 4, near its 2015 high.

Freddie Mac Deputy Chief Economist Len Kiefer told CNBC that rising mortgage rates could negatively impact affordability in some areas of the country. The publication notes that that trend may have already begun, with mortgage applications falling by 3 percent in the final week of May.

MOST HOMEOWNERS GO GREEN TO SAVE MONEY
While some owners add green features to their home primiarly to help the environment, the vast majority are primarily concerned with saving another kind of green, a recent survey found.

A blog post by Green Building News says that in a recent poll of 1,400 homeowners, 82 percent cited cost savings as the primary reason for purchasing renewable-energy features and services. By way of comparison, just 34 percent replied that reducing their property’s environmental impact as the main motivator.

Regardless of age or geographic location, 50 percent of respondents cited solar energy as the most important source of U.S. energy moving forward, followed by wind power at 42 percent and natural gas at 33 percent.