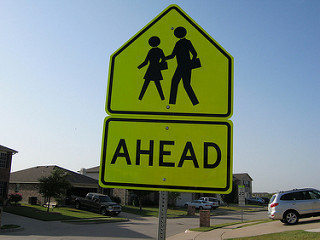 SCHOOLS ARE A MAJOR CONCERN FOR SAN JOSE, OAKLAND HOME SHOPPERS
Access to excellent schools has long been a concern for homebuyers with children, and that appears to be particularly true in California, where the quality of education can vary greatly by school district.

SURGING MARIN RENT PRICES PUSHING TENANTS TO NEIGHBORING COUNTIES
Marin County rental costs have grown substantially over the past year, forcing residents to consider other locations in outlying regions of the Bay Area.

The San Jose Mercury News reports that the average Marin County rent increased to $2,521 in the second quarter, an annual gain of 13 percent. Citing a survey by the Marin County Community Development Agency, the article says that more than half of renters are currently paying more than they can afford. Nearly 60 percent of respondents to the survey said that they had plans to move, and a lot of the displaced could end up in Napa and Sonoma counties.

“People aren’t even able to find affordable housing in the next jurisdiction, so they must go even further,” Leelee Thomas, a principal planner with the Community Development Agency told the publication. The rental crisis “was focused within the core of the Bay Area and now it’s the entire Bay Area and the outer Bay Area.”

STANFORD UNIVERSITY NAMED TOP U.S. COLLEGE FOR ENTREPRENEURS
Entrepreneurship is Silicon Valley’s lifeblood, so it comes as little surprise that Bay Area universities churn out a large number of students who start their own companies.

Forbes ranked Stanford University as the No. 1 U.S. college for entrepreneurs based on the number of alumni who identify themselves as company founders or owners on LinkedIn. The article highlights Stanford’s Design for Extreme Affordability program, which challenges students to design products and services that will improve the lives of the impoverished.

The University of California, Berkeley, ranked No. 3 for highest number of entrepreneurial alumni, no doubt assisted by the college’s Startup Competition, which awards money to budding companies. The University of San Francisco ranked No. 19, one of three newcomers to Forbes’ list.

MOST HOMEBUYERS PLAN TO GET PREAPPROVED FOR A LOAN
About half of Americans plan to purchase a home within the next five years, and most of them will have taken the all-important step of getting preapproved for a loan.

According to the 2015 BMO Harris Bank Homebuyers Report, 52 percent of respondents to a survey said that they plan to purchase a home in the next five years. Among those prospective buyers, 78 percent said that they would seek preapproval for a home loan before they began shopping in earnest.

“Getting preapproved helps buyers understand their budget as they start their home search. That means estimating monthly mortgage payments and how much you can borrow,” said Alex Dousmanis-Curtis, BMO Harris Bank’s group head of U.S. retail and business banking, in a press release.