BAY AREA HOMEOWNERS REMAIN THE NATION’S MOST EQUITY RICH
As was the case last summer, Bay Area cities still boast the highest number of equity-rich number of homeowners in the country, thanks to the phenomenal price appreciation recorded over the past few years. 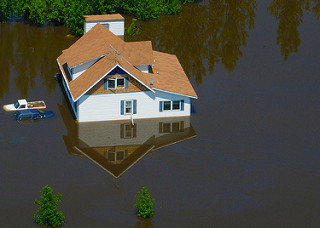 According to RealtyTrac’s Year End U.S. Home Equity & Underwater Report, there were a total of 6.4 million seriously underwater homes at the end of 2015, accounting for 11.5 percent of all properties with a mortgage. There are nearly twice that many properties — 12.6 million — that are classified as equity rich, representing 22.5 percent of mortgaged homes.

In a statement accompany the report, RealtyTrac Vice President Daren Blomquist said that although the number of underwater homeowners has been cut in half over the last three and a half years, it will likely be another five years before the remaining ones regain equity. He also noted that the increase in equity-rich properties indicates a lack of activity by move-up buyers.

STANFORD TIED FOR THE NATION’S MOST SELECTIVE COLLEGE
There’s no denying that Stanford University is one of the best colleges in the United States, spawning a steady stream of tech entrepreneurs who creative lucrative companies that in turn fuel demand for housing from high-paid executives and workers. But it’s actually not ranked as the No. 1 most selective house of higher learning in the country, at least according to one analysis.

That honor goes to the Curtis Institute of Music in Philadelphia, according to new rankings from StartClass. The small conservatory, with a total student body of 277, admitted just 14 people for the 2014-2015 school year — an acceptance rate of 5.1 percent.

To be sure, though, it is equally tough to get into Stanford, which StartClass ranks as the second most selective U.S. college, ahead of all the Ivy League heavyweights. Stanford admitted 2,145 students in the fall of 2014, also for an acceptance rate of 5.1 percent, so it technically ties for the top position.

The Bay Area’s other big-time college — the University of California, Berkeley — just made the cut, ranking as the nation’s 30th most selective college, with an acceptance rate of 16 percent.

SAN JOSE HOMEOWNERS, BUSINESSES HOPE FOR SUPER BOWL WINDFALL
With Super Bowl 50 activity in full swing in downtown San Francisco and the rest of the Bay Area, business and residents in one San Jose neighborhood are hoping that the hordes of visiting football fans pay them a visit.

The San Jose Mercury News reports that the Willow Glen Business Association has spearheaded a social-media and online marketing campaign to entice Super Bowl attendees to patronize local business during their stay. Additionally, the organization has teamed up with the city to give away gift certificates for Willow Glen merchants, which will be available at San Jose’s own Super Bowl City at Plaza de Cesar Chavez Park.

Airbnb hosts in the neighborhood are also hoping to get a piece of the action, given Willow Glen’s proximity to downtown San Jose and a lack of available hotels. One Airbnb “super host” told the publication that although her listing has yet to book, she expects inquiries to heat up at the game draws closer.

DESIGNING HOMES WITH HOUSEMATES, RENTERS IN MIND
Financial hardships and the rise of short-term rental websites are resulting in more nontraditional living arrangements for Americans, and a couple of real estate developers have responded to these trends.

According to an article in The Wall Street Journal, a home developer recently unveiled a 5,200-square-foot, two-story home designed to house multiple generations. At the same Las Vegas trade show, another firm introduced a home designed to appeal to younger buyers, this one with guest suites that can be rented on websites like Airbnb.

Affordability concerns definitely played into the two developers’ plans; the article notes that U.S. home prices have increased 25 percent in the past five years, while rents have grown by 20 percent since 2010.