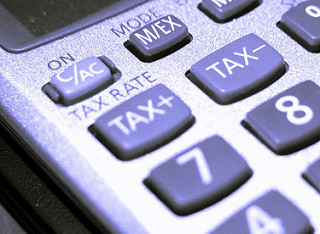 SAN FRANCISCO MILLENNIALS FACE HIGHEST TAX BURDEN IN U.S.
Bay Area millennials are already pessimistic about their housing options over the next few years, so news that they fork over more in taxes than their counterparts in any other area of the country is unlikely to come as any consolation.

In a recent analysis, SmartAsset found that although millennial workers in San Francisco earn the second-highest median annual wages in the country — almost $60,000 — they also have the highest effective tax rate, at 26.84 percent. The average San Francisco millennial pays just over $16,000 in taxes, including federal, state, and local fees. San Jose millennials have an effective tax rate of 22.91 percent, shelling out nearly $12,000 each year, 11th highest in the U.S.

As SmartAsset points out, one key difference between millennials and previous generations is that the barrier to homeownership is greater than in the past. In 1980, 44 percent of adults under 35 owned a home, compared with 35 percent today.

CONTRA COSTA COMMUNITY BOOTS AIRBNB
Any travelers who were planning to book a short-term rental in Danville should resort to plan B, as the Contra Costa County town has voted to ban rentals found on websites such as Airbnb and HomeAway.com.

The San Jose Mercury News reports that the Danville Town Council last week voted 4-1 to disallow rentals of less than 30 days, resolving an issue that has been brewing since June. In that incident, residents of the Alamatos neighborhood complained that one local home regularly hosted short-term guests, and residents of other neighborhoods followed suit, the majority in favor of banning the Airbnb crowd.

Although many Danville residents feel that short-term renters negatively impact the town’s small-town vibe, the dissenting councilman said that he believed that the Alamatos complaint had more to do with the host making an unpopular home addition than it did with the guests.

NEW REGULATIONS CONTINUE TO STALL MORTGAGE CLOSINGS
Mortgages took 10 days longer to close in January than they did one year ago, a by-product of the Consumer Financial Protection Bureau regulations introduced last fall.

Citing data from Ellie Mae, a HousingWire.com article says that the average time to close a loan rose to 50 days in January. Since the regulations took effect, the mortgage closing time frame has steadily risen, from 46 days in October to 49 days in November and December.

Ellie Mae also found that more than 73 percent of borrowers were able to close a conventional purchase loan, the highest since the company began tracking that metric in 2011. Closing rates for all loan types rose to 68 percent, while refinance close rates were up to 65 percent.

A PIZZA OVEN FOR YOUR HOME OR SLICES FOR A CENTURY?
Pizza ovens have become an increasingly popular luxury home amenity as of late, and owners who really take their pies serious can go to a whole other level with a new offering from General Electric.

According to a story in The Wall Street Journal, the company’s new Monogram Pizza Oven, due to hit the market in September, can reach temperatures of 800 degrees Fahrenheit in about half an hour. The cost: Just under $10,000.

To put that number in perspective, that money could buy nearly 2,000 slices of pizza at DiFara in Brooklyn, New York, enough to last the average American 40 years. At Sotto in Los Angeles $10,000 buys equivalent of about 4,700 slices, plenty to tide most folks over for 96 years.