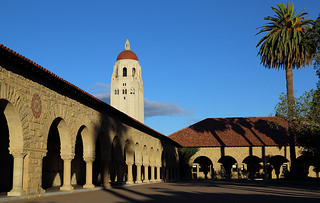 BAY AREA LUXURY BUYERS ARE A HIGHLY EDUCATED BUNCH
Do you hope to eventually become the proud owner of a high-end, high-rise unit in San Francisco? If one recent study is any indication, your chances get a whole lot better if you obtain an advanced degree.

Citing a survey of more than 12,000 luxury condo owners in six Western U.S. cities, The Wall Street Journal reports that 97 percent of buyers in San Francisco hold a bachelor’s degree or higher — tied with Seattle for the highest percentage of college-educated owners. The survey says that 60 percent of San Francisco luxury condo owners have graduate degrees, the most of the six cities by a sizable margin. Across the bay in Emeryville, 92 percent of luxury buyers have bachelor’s degrees or higher and 33 percent have earned advanced degrees.

According to the article, the Bay Area likely has brainier residents than other places due to its concentration of tech and biotech companies, which have many positions that require highly educated workers. Another reason is the region’s top-notch colleges, with one San Francisco real estate professional citing the city’s proximity to Stanford University as a factor.

NEW GRADS NEED SIX-FIGURE SALARIES TO MAKE RENT IN SAN FRANCISCO
San Francisco’s plentiful, high-paying jobs are drawing recent college graduates from around the globe. However, these new workers may find it sobering to learn that they will need to earn three times more than the median income in order to afford San Francisco’s astronomical rents.

A recent Trulia study says that the median annual income for recent college graduates in San Francisco is $41,244, the most in the nation. But with a median monthly rent of $3,500 for a two-bedroom unit as of May, grads would actually need to pull in a yearly salary of $137,272 – also the most in the country — in order to afford to live comfortably. According to the company, 3.9 percent of rental properties in San Francisco are affordable to new grads, who need to take on an average of 2.3 housemates to meet the monthly payments.

Oakland also ranked among the top 10 markets where new grads require the largest yearly incomes: $76,971 to afford the $1,963 monthly rent. A recent Oakland grad can expect to earn $27,841 per year after earning his or her degree. Trulia says that just 0.8 percent of Oakland units are affordable for new grads, who would need to find 1.7 housemates.

Trulia concludes that “The lesson here for recent grads is that although it may be tempting to seek out metros with the highest wages, doing so may not necessarily lead to a better quality of life because these metros also have high rents.”

BAY AREA RESIDENTS CAN SAVE BIG BUCKS BY BUYING A HOME NOW
Bay Area residents who are tired of paying the aforementioned high rents and are considering buying might be surprised to learn how much money they can save by acting now while interest rates remain low.

Citing data from Realtor.com, a Bloomberg article estimates that San Jose buyers who can get in the market today will save almost $62,000 more than they would if they waited another year to purchase a home. The publication projects that San Francisco residents will save nearly $300,000 over the course of 30 years by purchasing a property instead of renting one.

Realtor.com Chief Economist Jonathan Smoke told Bloomberg that it was no surprise that high-priced markets such as the Bay Area offered the greatest long-term financial reward, but he noted that a median-income household in San Jose could currently afford less than 10 percent of homes for sale.

The National Association of Realtors’ Pending Home Sales Index increased to 112.4 in April, up 3.4 percent from March and 14 percent from one year ago. April marked the fourth consecutive month of pending home sales gains, and the index is now at its highest point since May 2006, when it was at 112.5.