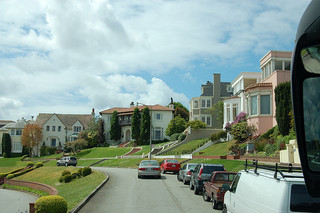 SAN FRANCISCO LEADS WORLD FOR ANNUAL LUXURY HOME PRICE GAINS
Demand for high-end homes in San Francisco is driving up prices, so much so that they grew more than in any other luxury market around the globe.

Citing data from the most recent Knight Frank Prime Global Cities Index, CNN reports that high-end home prices in San Francisco grew by 14.3 percent over the past year, edging out Bangalore, India, for largest annual increase in the world. San Francisco was one of three U.S. regions to crack the top 10 for appreciation, along with Miami, where prices increased by 12.2 percent, and Los Angeles, where they grew by 8 percent.

DISTRESSED SALES IN SINGLE DIGITS IN ALL NINE BAY AREA COUNTIES
Distressed sales hovered in the single-digit range across the Bay Area in April, with two local counties claiming the lowest rates in the Golden State.

According to the California Association of Realtors’ April pending home sales and Market Pulse Survey, distressed sales accounted for 1 percent of single-family home transactions in San Mateo County last month, the fewest in the state. San Francisco County tied Santa Cruz County for the second fewest distressed sales at 2 percent. Across the rest of the Bay Area, distressed-sales rates ranged from 3 percent in Alameda, Contra Costa, Marin, and Santa Clara counties to 9 percent in Solano County.

U.S. 2015 HOUSING FORECAST IMPROVES
Freddie Mac upped its expectations for U.S. home price gains last week, though the company is not as optimistic as it was about the economy.

In its May 2015 U.S. Economic and Housing Outlook, Freddie Mac forecasts home prices to grow by 4.5 percent this year, revised from 4.0 percent in April. Having previously predicted the U.S. economy to expand by 2.6 percent in 2015, weak first-quarter data has prompted the company to instead project 2.3 percent growth. Still, Fannie Mae notes that the economy has added 5 million jobs over the past two years, and that the U.S. unemployment rate is substantially lower than it was in 2013.

CALIFORNIA FAVORITE STATE FOR CHINESE INVESTORS
Chinese investors have pumped more money into California than any other state over the past 15 years, while China-based companies have contributed a significant number of jobs to the economy.

CNBC reports that Chinese investors have funneled $5.9 billion into California since 2000, the most of any U.S. state. China-based companies employ 8,300 California workers, mostly in the Bay Area and Los Angeles.

The article says that 370 Chinese companies have a presence in California, including Baidu, Huawei, and Alibaba.com.