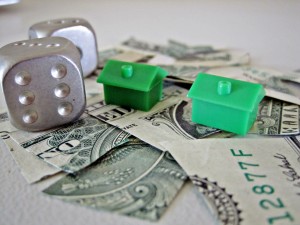 Home-flipping returns are weakening in the nation’s most expensive housing markets, even as flippers across the country are seeing margins improve.

RealtyTrac’s Q2 2015 U.S. Home Flipping Report says that the average gross profit — not including improvements — on a single-family home resold within 12 months was $70,696, up from $49,842 from one year earlier. The average gross return on investment for flipped properties increased to 35.9 percent, up from 23.4 percent on an annual basis

In a statement accompanying the report, RealtyTrac Vice President Darin Blomquist said that despite the gains, flippers should proceed with caution, particularly in high-dollar areas of the U.S.

CHINESE IMMIGRANTS DRIVE U.S. MILLIONAIRE COUNT
The U.S. has been one of the top destinations of choice for affluent Chinese citizens for the past 15 years, helping push the country to the top of the heap for number of millionaires.

A survey conducted by LIO Global and New World Wealth found that there were 4.1 million high-net-worth individuals in the U.S. as of 2014, more than three times as many as in Japan, which had the second highest number of millionaires in the world. The study says that the majority of immigrants into the country have come from China, which has had the largest outflow of international migration since the turn of the century.

New World Wealth Head of Research Andrew Amolis told Forbes that affluent Chinese citizens are attracted to countries like the U.S. and U.K. because of educational opportunities. Here in the Bay Area, Stanford University is a big draw for Chinese homebuyers, who have been very active in the Palo Alto real estate market.

SAN JOSE AMONG NATION’S TOP-PERFORMING REAL ESTATE MARKETS
Roughly one in five U.S. housing markets have returned to or exceeded normal economic and housing activity levels, with the San Jose metro area among the nation’s leaders.

The National Association of Home Builders’ latest Leading Markets Index says that 75 of the 360 U.S. housing markets that it tracks are at or better than normal levels, based on single-family permits, home prices, and employment. Nationally, housing and economic activity are at 92 percent of typical conditions, which the organization calls a gradual improvement.

Breakout data shows that activity in the San Jose metro has surpassed normal levels by 10 percent, the sixth highest level in the country. NAHB says that prices in the region are 58 percent above normal and employment is 2 percent above normal. Permits, meanwhile, are lagging, at 71 percent of typical levels.

CALIFORNIA HOMEBUYERS PLACE LARGER THAN AVERAGE DOWN PAYMENTS
The average U.S. down payment is on the rise, with Golden State homebuyers putting down among the most in the nation.

According to a recent report from LendingTree, the average U.S. down payment for a buyer using a 30-year, fixed-rate mortgage increased to 17.34 percent of the purchase price in the second quarter, up from 16.98 in the first quarter. Doug Lebda, the company’s founder and CEO, said that the uptick was not surprising given the increased demand typically seen in spring and summer.