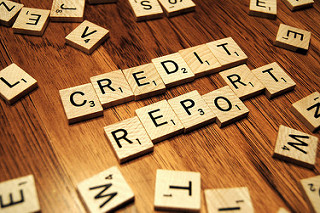 Nearly half of all recent and prospective homebuyers delayed a purchase in order to improve their credit scores, a step that should be taken well in advance of applying for a loan.

That’s according to survey results from credit bureau Experian, which also found that more than one-third of future homebuyers are worried that their credit score could impede their ability to purchase a home. In an effort to improve their creditworthiness, 70 percent of respondents are paying their bills on time, 60 percent are erasing debt, and 28 percent are keeping their credit-card balances low.

The survey also found that 75 percent of homebuyers are not preapproved for a loan, a crucial step in competitive real estate markets like the Bay Area. In a statement accompanying the survey results, Experian Director of Public Education Rod Griffin advised would-be homebuyers to clean up their credit scores before seeking a loan, as it can take some time for credit reports to reflect improvements.

SAN FRANCISCO MILLENNIALS PESSIMISTIC ON HOMEOWNERSHIP PROSPECTS
The vast majority of San Francisco millennials cannot afford to purchase a home in the city, and they have wildly unrealistic expectations regarding the down-payment size.

In a recent study on Generation Y and housing affordability, Apartment List found that 81 percent of millennials in San Francisco say that they cannot afford to purchase a home in the city. Perhaps even more troubling is that younger San Francisco residents estimate that they will need $69,650 for a 20 percent down payment on a property; actualy, they will need $142,800.

Nationwide, more than 40 percent of millennials seem to have given up on homeownership entirely and aren’t saving any money for a down payment. And those that are squirreling away cash may face decades of waiting before they can enter the housing market. Apartment List says that the average San Francisco millennial saving $360 per month won’t have enough for a down payment for almost 28 years.

REAL ESTATE IS THE BEST INVESTMENT, AMERICANS SAY
For the third straight year Americans have named real estate as their top investment choice, and although the stock market has improved substantially since the recession, investors are still leery.

A Gallup poll found that 35 percent of Americans believe that real estate is the best long-term investment in 2016, up from 19 percent five years ago. In 2011, gold was the top choice for investors but now accounts for 17 percent of respondents’ picks.

Over the past five years, the number of investors who favor stocks has grown slowly, from 17 percent in 2011 to 22 percent this year. Gallup says that the widening gap between real estate and stock-market preferences may signal a return to normalcy as evidenced by the company’s 2002 survey, when 50 percent of investors favored real estate and 18 percent opted for stocks.

SAN FRANCISCO PUSHING DEVELOPERS TO GO GREEN
More solar panels are headed for the rooftops of San Francisco, as the Board of Supervisors passes a bill placing new requirements on buildings in the city.

Curbed SF reports that starting next year, residential and commercial buildings up to 10 stories tall will be required to cover at least 15 percent of the rooftop with solar panels. Still working its way through the legislative process is a bill that would give building owners the options of using plants on the rooftop rather than solar panels.

Such so-called living roofs use plants and greenery to decrease the amount of heat a building emits and to absorb rainwater. So far, there are only 25 living roofs in San Francisco, with the California Academy of Sciences in Golden Gate Park perhaps the best-known example.