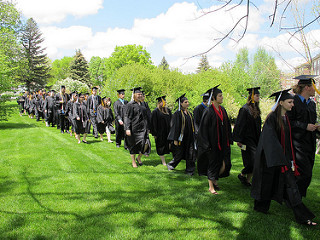 ENGINEERING RANKS AS TOP DEGREE FOR HOMEBUYER EARNINGS
College students who hope to eventually own a home in the high-priced Bay Area would do well to consider a career in engineering, according to a recent Realtor.com report.

Using salary estimates from PayScale and its own affordability calculator, the study analyzes how much house an employee with 10 years of experience could afford. Topping the list of 300 majors was petroleum engineering, with the midcareer $168,000 annual salary able to purchase a $744,000 home. In fact, engineering jobs — including nuclear, chemical, and computer science — took nine of the top 10 spots on the list.

Realtor.com points out that engineering jobs are concentrated in technology hubs with high home prices, citing Silicon Valley as a prime example. In San Jose, engineers account for 4 percent of the workforce and earn an average of $120,000 yet must contend with an $878,000 median home price, among the country’s highest.

SAN FRANCISCO SEES SIZABLE FORECLOSURE DECLINES IN AUGUST
Foreclosure activity dipped across the U.S. on both a monthly and yearly basis in August, with San Francisco putting up one of the largest annual declines in the U.S.

In its August 2015 U.S. Foreclosure Market Report, RealtyTrac says that there were 109,561 properties in some state of foreclosure in August, down 12 percent from July and 6 percent from one year ago. Foreclosures starts reached the lowest level since November 2005, which company Vice President Daren Blomquist says indicates that the housing recovery is on firm financial footing.

Foreclosure starts in California dropped by 29 percent on an annual basis, while bank repossessions in the state increased by 31 percent. In San Francisco, August foreclosure activity declined 35 percent year over, the second most in the nation behind Miami.

FED DOESN’T TOUCH INTEREST RATES — YET
The Federal Reserve stopped short of jacking interest rates last week, although it didn’t rule out the possibility of doing so later this year.

“In light of the heightened uncertainty abroad … the committee judged it appropriate to wait,” Fed Chair Janet Yellen said at a press conference after its two-day meeting. But as Reuters reports, 13 of 17 Fed policymakers project that they will raise rates at some point in 2015. Meetings are scheduled for October and December.

The Fed said that in order to boost rates, it would want to see continued improvement in the U.S. job market and have confidence that inflation will rise.

U.S. HOUSING MARKET CURRENTLY TOPS FOR GLOBAL INVESTORS
The U.S. residential housing market ranks as the best in the world for investors, thanks to solid price growth and robust economic conditions.

According to a CNN Money article, real estate advisory firm Savills names the U.S. the No. 1 international housing market, ahead of United Arab Emirates, Singapore, the United Kingdom, and Spain. Nationwide, home prices have risen 30 percent since bottoming out in 2009.

Savills notes that San Francisco offers the best potential for price appreciation in the country, while Silicon Valley is outperforming New York, Los Angeles, and Miami.