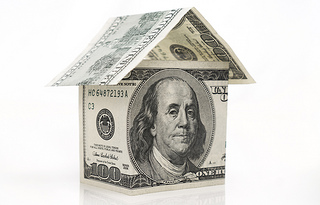 First-half home sellers across the U.S. realized the biggest price gains in the U.S. in eight years, with the Bay Area’s two largest cities leading the pack.

RealtyTrac’s June and Midyear 2015 U.S. Home Sales Report says that single-family homes and condos sold for 13 percent above their original purchase price in the first six months of 2015, the largest such gains since 2007, when gains were 30 percent. Sellers in San Jose took in gains of 41 percent, the most in the country, while San Francisco followed in the No. 2 spot with 37 percent appreciation.

Bidding wars in San Francisco’s ultracompetitive real estate market translated to sellers pulling in the largest premiums in the U.S., with homes selling for 106 percent above estimated market value in the first half. Sellers in San Jose got 102  percent of their home’s value, also among the most in the country.

According to a recent blog post from the National Association of Realtors, the median sales price for all existing property types climbed to $236,400 in June, breaking the previous record of $230,400 set in July 2006. Nationwide, home sales were up about 10 percent year over year and reached the highest level since February 2007, which NAR Chief Economist Lawrence Yun attributed in part to rising mortgage rates spurring buyers into action.

Nearly one-half of all U.S. homes sold in less than a month in June, with the average property leaving the market in 34 days, the fewest since the organization began tracking that metric. Limited inventory is not only leading homes to sell quickly, but it’s also creating plenty of bidding wars — particularly in Western states — and lessening affordability.

INVENTORY SHORTAGES HOLD BACK BAY AREA PENDING HOME SALES
Pending home sales rose by double-digit percentages in California for the fifth consecutive month in June, but here in the Bay Area, inventory shortages moved the needle in the opposite direction.

In a new report, the California Association of Realtors says that pending home sales in the state rose by 12.5 percent on an annual basis in June, the seventh straight month of gains. Pending sales grew by 14.2 percent year over year in both Southern California and the Central Valley but dropped by 0.9 percent in the Bay Area, which CAR says is due to a lack of homes for sale.

Five Bay Area counties had the lowest months’ supply of inventory in California last month, which helped the region outpace the state in annual price growth. The median sales price across the nine-county Bay Area was $833,330 in June and more than $1 million in San Francisco, San Mateo, and Marin counties.

AFFORDABILITY NOT IMPROVING IN SILICON VALLEY, SAN FRANCISCO
Even high-paid tech workers don’t earn enough to purchase a home in three Western Bay Area counties, which could have a long-term impact on the region’s quality of life.

Citing a study by San Mateo-based Collaborative Economics, the San Jose Mercury News reports that only 44 percent of households in Santa Clara County can afford to purchase an entry-level home. Affordability issues were even worse in San Mateo and San Francisco counties, where a respective 29 and 27 percent of residents could afford the median-priced entry-level home.

The article puts the median 2014 salary for tech- and science-industry workers at $121,000, which is only enough to make the rent in a region where home prices are hovering in the $1 million range. Collaborative Economics Project Manager Janine Kaiser told the publication that affordability issues were an impediment to the region’s quality of life and could stifle businesses’ ability to recruit talented workers.