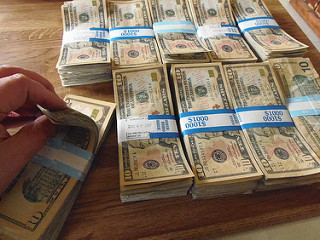 Home flippers across the country made the largest profits in a decade in 2015, with investors in the high-dollar Bay Area reaping about three times the national average.

In its Year-End and Q4 2015 U.S. Home Flipping Report, RealtyTrac said that the average home flipper made a $55,000 profit last year, the most since 2005. Flippers in the San Francisco and San Jose metro areas averaged a gross profit of $145,000, the most in the U.S. and $25,000 more than New York, the next most profitable housing market for flippers. However, as RealtyTrac Senior Vice President Daren Blomquist told the San Jose Mercury News, flipping in the Bay Area can be a difficult endeavor due to high prices and extremely limited inventory.

Flipping activity increased in 75 percent of U.S. market last year, as investors became more confident in the housing recovery. Activity in the Bay Area countered the national trend, dropping by double-digit percentage points throughout the region. Home flips decreased year over year by 17 percent in San Jose, 16 percent in San Francisco, 21 percent in Vallejo, and 22 percent in Santa Rosa.

SAN FRANCISCO NAMED BEST U.S. CITY FOR EXPATRIATE WORKERS
San Francisco ranks No. 1 in the country for highest quality of life for international workers, a big plus for global corporations who have or seek to establish a presence in the Bay Area.

That’s according to a new analysis by Mercer, which ranked 230 cities around the world for quality of life based on 10 criteria, including economic conditions, schools, public services, and of course, the housing market. San Francisco placed No. 28, the highest-ranking U.S. city on the list. Seventeen American cities count among Mercer’s top 100, with Boston the next highest ranking at No. 34.

Our neighbors to the north fared a bit better than the U.S. in the analysis, with three Canadian cities in the top 20 for highest quality of life, including Vancouver, which took the fifth overall slot.

HALF OF CALIFORNIANS DISSATISFIED WITH HOUSING AFFORDABILITY
The Golden State has some of the most expensive real estate in the nation, so it stands to reason that residents are among the least satisfied when it comes to housing affordability.

In a recent poll, Gallup found that 47 percent of Californians are dissatisfied with the availability of good, affordable housing, the second highest percentage in the nation behind Hawaii. Fifty percent of California residents claimed to be content with the state’s housing affordability, compared with just 25 percent of Hawaiians.

Gallup notes that the five states with the highest median home values — Hawaii, California, New York. Massachusetts, and Maryland — all rank near the bottom for affordability satisfaction.

KITCHEN REMODELS THAT OFFER THE BIGGEST BANG FOR THE BUCK
A tricked-out kitchen is the home renovation that most appeals to buyers, with high-end, stainless-steel appliances perhaps the most important part of any overhaul.

In a blog post, Realtor.com compiled a list of six kitchen improvements that pay off the most. Besides eye-candy appliances, new cabinets, a stainless-steel sink, hardwood floors, new countertops, and charging stations to accommodate the ubiquity of smartphones and tablets made the list of top kitchen overhauls.

Although a recent survey from Houzz found that almost half of all homeowners who remodeled their kitchens did so to open them up to other rooms, Realtor.com cautions that this improvement may not offer as good of a return on investment as the aforementioned remodeling jobs.