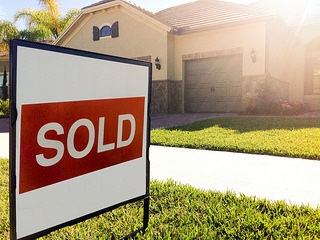 CityLab reports that behind residents of the Hawaii community of East Oahu, homebuyers in the Bay Area are more likely than those in nearly any other part of the country to pay extra money to purchase a property in a top-rated neighborhood. Although the article doesn’t provide exact numbers, it says that homebuyers in San Francisco, Marin, and San Mateo counties are willing to pay nearly 25 percent more than the average American to live in the best neighborhoods. The article notes that buyers in San Jose, Oakland, and Santa Cruz are also willing to spend significant premiums to purchase a property in a top community.

CityLab includes a map of the Bay Area that shows that, unlike in New York, homebuyers in virtually all parts of San Francisco will spend more money for a great neighborhood.

“People are very willing to pay for most neighborhoods in the city itself, as well as the surrounding suburbs,” wrote Richard Florida. “Only a few sections of Oakland and Richmond, to the north of Berkeley, rank lower on the quality of life index, but these still do well relative to the rest of the country.”

MILLENNIALS DON’T EARN NEARLY ENOUGH TO BUY A BAY AREA HOME
The Bay Area may be a magnet for young tech workers thanks to plentiful jobs, but only those with six-figure salaries can afford to purchase a home in the region’s two largest cities.

Using data from the U.S. Census Bureau, Zillow, and Bankrate.com, Bloomberg found that San Jose was the least affordable city in the country for millennial homebuyers. The average millennial worker in San Jose pulls in an annual salary of about $53,000, more than $80,000 less than what’s needed to afford a median-priced $924,825 home. San Francisco is the nation’s second toughest city for millennials, with about $110,000 required to purchase a median-priced $764,925 home. Bloomberg says millennials in San Francisco earn $49,000 per year.

While the millennial earnings gap wasn’t quite as large in other California cities, all of the five least affordable markets for young people were located in the Golden State, rounded out by Los Angeles, San Diego, and Sacramento.

Last week, Santa Clara County Assessor Larry Stone announced that the county’s property-assessment roll reached a milestone $409 billion. Stone said the region’s job growth has generated demand for housing, pushing both home prices and rents up. The article says that the median price of a Santa Clara County home was $810,000 in 2014, while the median monthly rent for a two-bedroom apartment reached $2,300.

While Stone said that home price gains were promising signs for Santa Clara homeowners who lost equity during the recession, they can soon expect larger property-tax bills.

“The residential real estate market has been so strong that some property owners will experience double-digit increases in their assessments,” Stone told the publication.

A BROADBAND CONNECTION CAN HEAVILY INFLUENCE A HOMEBUYER
Like a swimming pool or an extra bathroom, a broadband Internet connection can be a deciding factor for today’s home shopper on whether to make an offer or whether to keep looking.

Citing data from a study by the University of Colorado and Carnegie Mellon University, The Wall Street Journal reports that a fiber-optic broadband connection can add nearly $5,500 to the price of a $175,000 home, the same amount as a fireplace. According to the article, real estate professionals across the country are seeing an increasing number of buyers who won’t purchase a home without fast, reliable Internet service.

One Santa Barbara County man who spoke to the publication formerly owned a home on a street where Internet access was spotty. When he decided to sell, more than half of the 40 potential buyers walked away once they learned about the issue.