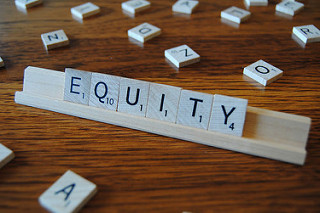 SAN FRANCISCO HAS THE NATION’S HIGHEST POSITIVE-EQUITY LEVELS
U.S. homeowner equity has nearly doubled over the past four years, with price appreciation pushing the Bay Area to the top of the heap.

A recent CoreLogic analysis found that 46.7 million homeowners have regained positive equity, representing 92 percent of all properties with a mortgage at the end of the first quarter. The San Francisco metro area boasts the highest positive-equity levels in the nation, with 99.4 percent of homeowners classified as above water.

In a statement accompanying the report, CoreLogic Chief Economist Frank Nothaft said that U.S. home equity totaled $6.9 trillion at the end of the first quarter. He attributed the gains to home price growth, more owners paying down their loan principal, and a shrinking number of distressed properties.

BAY AREA HOMEOWNERS STILL UNDERESTIMATING PROPERTY VALUES
Homeowners in California and other Western states are undervaluing their properties by a substantial margin, and that’s particularly true in the Bay Area’s two largest cities.

“The hot housing markets along the west coast are growing quicker than owners realize, giving way to higher than expected prices for buyers and more home equity for existing owners,” Quicken Loans Chief Economist Bob Walters said in a statement. Five of the top 10 owner-undervalued markets are in California, including Sacramento, Los Angeles, and Riverside.

MOST AMERICANS BELIEVE THAT HOUSING AFFORDABILITY IS A PROBLEM
An overwhelming majority of Americans think that the country is in some state of a housing-affordability crisis, and half are making sacrifices such as taking second jobs in order to pay their mortgages

Citing results from the MacArthur Foundation’s 2016 How Housing Matters survey, the National Association of Realtors reports that 81 percent of Americans believe that U.S. home affordability is a problem, with 60 percent calling it a serious problem. What’s more, just 29 percent of respondents are confident that the last housing crisis is finally in the rearview mirror.

However, Americans did express optimism that the issues can be fixed; two-thirds said that actions can be taken to close the affordability gap. Three-quarters of respondents think that it is important for the U.S. government to enact measures to increase affordability, and 63 percent say that the current presidential candidates should be talking more about it.