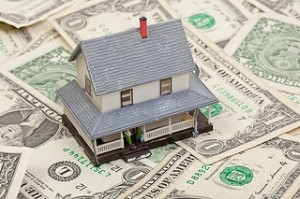 Bay Area homeowners: How much is your home worth in today’s real estate market?

A new report from Quicken Loans revealed that Bay Area homeowners tend to underestimate the value of their own homes by more than 5 percent when compared with estimates by professional appraisers.

In the San Francisco metro area, appraisers’ home values in April averaged 5.47 percent higher than those of homeowners, according to Quicken Loans’ latest Home Price Perception Index. The difference in perceived value was even greater in the San Jose metro area: 6.73 percent.

The gap in perceived Bay Area home values has grown wider over the past year — up from 5.19 percent in April 2014 in San Francisco, and from 4.71 percent in San Jose.

Curiously, with only a few exceptions, the Quicken Loans index showed that appraisers topped homeowners’ perceived values only in Western metro areas — perhaps a  reflection of rapidly rising values in popular Western markets such as the Bay Area.

The Quicken Loans report serves as a reminder for owners to check with experts in the field as they prepare to put their homes on the market. Real estate professionals are familiar with local communities and can help homeowners compare their homes with similar properties.