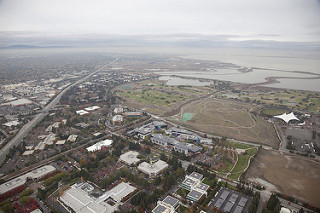 Although unemployment rates rose across the Bay Area from September to October, our region remains California’s job-growth leader and was responsible for nearly half of the state’s gains last month.

In its latest monthly jobs report, the California Employment Development Department says that the Golden State added 41,200 nonfarm jobs in October, a year-over-year gain of 2.9 percent. Commenting on the data in a separate report, Stephen Levy, director and senior economist of the Center For Continuing Study of the California Economy, estimated that 19,600 of the jobs added in October were based in the Bay Area.

Since the recession ended, California’s economy has created more than 2.1 million new jobs, a growth rate of 14.5 percent, compared with the 10 percent gains recorded nationwide. CCSCE says that all major regions of the state have recovered all of the jobs lost during the downturn except for Sacramento, which should fully recover soon. Bay Area jobs levels are currently 11.2 percent above their prerecession highs, by far the most of any major region in the state.

As Pacific Union noted in last week’s real estate forecast through 2018, the Bay Area’s economy is currently expanding significantly faster than are households. John Burns Research Consulting, our partner for the forecast, says that employment growth is outstripping household growth by more than 5 to 1 in the San Jose metro area and more than 4 to 1 in the San Francisco metro area (including Marin and San Mateo counties).

Still, panelists at the forecast cautioned that some of the Bay Area’s well known “unicorns” — startup companies valued in excess of $1 billion — may not live up to those big numbers. As an example of normalizing economic conditions, Pacific Union CEO Mark A. McLaughlin pointed to San Francisco-based Square, which went public on Nov. 19. Last December, the payment-processing company was valued at $6 billion. At the close of trading on Nov. 23 it was trading at $12.12 per share, giving it a market capitalization of $3.91 billion.