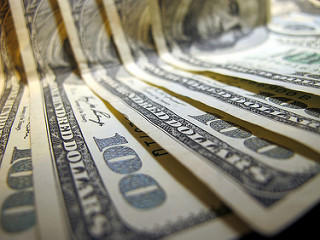 Two-thirds of Pacific Union’s all-cash buyers are purchasing homes as primary residences, while a smaller than expected percentage is employed by a tech company.

Those are among the key findings from an internal analysis of Pacific Union all-cash sales from Feb. 1 to June 30 of this year. We looked at 323 all-cash deals in eight of nine Bay Area counties (excluding Solano County) in an effort to learn more about this crucial segment of the market, which makes up about 30 percent of our firm’s business.

Sixty-six percent of our firm’s all-cash buyers purchased a home in the Bay Area as a primary residence. The overwhelming majority of these buyers are domestic, with foreign citizens accounting for just 6 percent of all-cash sales. Eighty percent of buyers in the tech industry purchased a home for a primary residence, a testament to the region’s economic bread and butter. The majority of these tech buyers purchased homes in San Francisco and Silicon Valley.

However, of those 323 all-cash transactions, only 40 – 12 percent – were made by tech workers. Two-dozen of those sales occurred in the ultracompetitive San Francisco market, where all-cash buyers have a distinct edge over those who require financing.

The other 82 percent of all-cash buyers were basically split in half between domestic white-collar professionals and those categorized as “other.”

Investors were responsible for 34 percent of all-cash deals. These buyers purchased property with three strategies in mind: a long-term hold plan, a source of rental income, and flipping.

Twenty-four percent of all-cash investors purchased a property as a secondary home. Domestic investors accounted for 20 percent of these sales, while international and tech buyers represented the other 4 percent.

Seven percent of investors plan to take advantage of the high-dollar world of Bay Area rents by buying income-generating properties. These buyers are all wealthy Americans, and not a single one hailed from overseas. Flippers accounted for the final 3 percent of cash investors, an unsurprisingly small number given that the Bay Area’s hefty home prices can make for relatively slim profit margins.

As a final note of interest, our analysis shows that although international and tech-industry buyers accounted for just 18 percent of Pacific Union’s all-cash sales, these buyer groups tend to spend substantially more on homes.

Editor’s Note: Pacific Union has an approximate market share of 10 percent in the Bay Area, with much larger market share in certain areas (like San Francisco’s Marina neighborhood) and lower market share in other areas (such as the Mission District), so the results of this analysis might differ if a 100 percent sample size were taken.