Good news for homebuyers: It’s becoming easier to get a mortgage. 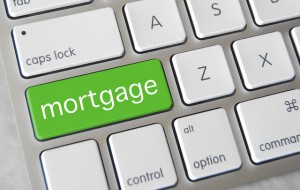 The good news from the MBA follows recent announcements from the federal government of programs designed to improve access to home loans, including Fannie Mae and Freddie Mac‘s decision to back 3 percent down-payment loans, as well as the Federal Housing Administration’s move to reduce its mortgage insurance premiums.

Also, a recent survey of real estate professionals by the National Association of Realtors shows improved mortgage options for homebuyers, with lenders reportedly more willing to accept slightly lower FICO scores. In August 2013, most homebuyer FICO scores were 740 or higher, NAR said, but last month the majority of scores ranged from 620 to 740. Real estate professionals also reported an increase in the number of their clients obtaining a loan while making zero to 6 percent down payments.

Access to home loans has been steadily improving for three years, according to the MBA. According to the report, access to loan programs from government agencies such as the FHA, Veterans Administration, and U.S. Department of Agriculture improved 1.1 percent from March. Access to jumbo loans improved by 0.8 percent in April and access to conforming loans rose by 0.2 percent, while conventional loan access declined by 0.6 percent.

Jumbo loans — generally, those above $625,000 — are a key element of the high-priced Bay Area real estate scene, and improved access to these loans bodes well for homebuyers.