The percentage of Generation Y homebuyers ticked up from 2014 to 2015, and though many of these young people initially rent in urban centers, most light out for the suburbs when its time to become a homebuyer. 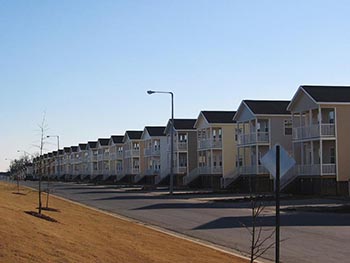 Those are two key findings from the National Association of Realtors’ 2016 Home Buyer and Seller Generational Trends study, which examined housing demographic patterns based on a survey of homebuyers between the summer of 2014 and the summer of 2015. For the third consecutive year, millennials — those aged 35 and under — account for the largest share of homebuyers, at 35 percent, up from 32 percent the previous year. Baby boomers come next, at 31 percent of the buyer pool, followed by Generation X (26 percent), and the Silent Generation (9 percent).

Suburban homes are the top choice for buyers of all generations, and increasingly so for millennials. The share of younger homebuyers who purchased a property in an urban area dropped to 17 percent in 2015, down from 21 percent one year earlier. In a statement accompanying the study, NAR Chief Economist Lawrence Yun cited greater affordability and space to raise a family as key factors pushing Generation Y homebuyers away from the urban core.

“Even if an urban setting is where they’d like to buy their first home, the need for more space at an affordable price is for the most part pushing their search further out,” Yun said. “Furthermore, limited inventory in millennials’ price range, minimal entry-level condo construction and affordability pressures make buying in the city extremely difficult for most young households.”

When searching for a home, 63 percent of millennials cited neighborhood quality and proximity to work as key factors influencing purchase decision. Generation X buyers were most concerned with schools, while older Americans want to live close to friends and family.

Of the survey respondents that cited difficulty saving for a down payment, 53 percent of millennials pointed to student debt as an impediment. Gen Xers and baby boomers are more likely to be stymied by credit card debt, 44 percent and 36 percent respectively. Interestingly enough, Generation X and baby boomer homebuyers carry a few thousand more in student debt than do millennials, who owe an average of $25,000 in college loans.

Regardless of age, almost all homebuyers used the Internet as a real estate research tool. Eighty-seven percent of Generation X and millennial buyers employed the services of a real estate professional, as did 88 percent of sellers across all age groups.

In another report, the National Association of Home Builders found some generational common ground when it comes to the most sought-after home amenities. Millennials, Gen Xers, and the Silent Generation all pointed to laundry rooms as the most desired home feature, with baby boomers ranking ENERGY STAR-rated appliances the highest. Curiously, while both Generation X and older homebuyers also put energy-efficient appliances high on their lists, this amenity ranked near the bottom for millennials.