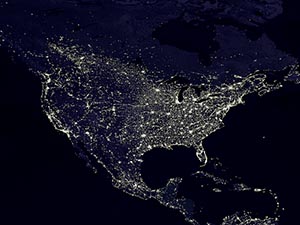 While the nation’s top-tier coastal cities have seen their populations boom along with the economic recovery, sky-high housing costs may be taking their toll, including here in the Bay Area.

An RISMedia article examines the nation’s gradual population shift from large coastal regions with constrained housing inventory to Sun Belt states. A key component in this trend is almost certainly housing costs, which can account for up to half of an average household’s income. Housing costs are top of mind for both millennials starting their careers and baby boomers who will soon retire.

“Available and affordable housing may be the new piece in the continued gains in the Sun Belt counties,” Brookings Institution Demographer William Frey told RISMedia.

According to U.S. Census Bureau data, Arizona’s Maricopa County, the location of Phoenix, welcomed 78,000 new residents last year, the most in a decade. Clark County, Nevada, home to Las Vegas, added 46,000 people in 2015, the highest growth rate since 2007. Several counties in Florida also saw their populations jump last year, including Hillsborough County in the Tampa region, which gained 31,000 people.

Between 2010 and 2015, the Bay Area led California’s population growth, with an increase of 6.1 percent. And although major coastal cities with booming job markets are still attracting plenty of highly skilled workers, population growth is headed in the opposite direction of Sun Belt states. In Santa Clara County, the population increased by 22,000 in 2015, the slowest rate of growth in nine years. Kings County, New York, which includes Brooklyn, also added the fewest new residents in a decade.

High home prices are a fact of life here in the Bay Area and are keeping many buyers sidelined; according to the latest home sales report from the California Association of Realtors, four local counties — San Francisco, Marin, San Mateo and Santa Clara — had median sales prices in excess of $1 million in March. By way of comparison, RISMedia puts the median home price in Las Vegas at about $217,000.

Exorbitant rental costs may be pushing other Americans to consider less-expensive markets. Zumper’s latest National Rental report puts a one-bedroom unit in San Francisco at $3,590 per month, more than four times the cost of rent in Phoenix and Las Vegas.

Looking to the future, population growth is expected to vary throughout the Bay Area, according to Pacific Union’s Real Estate and Economic Forecast through 2018, produced in partnership with John Burns Real Estate Consulting. Population growth is projected to remain steady in San Francisco, Silicon Valley, the East Bay, and Sonoma County over the next few years, though it may begin to ease by 2018. Population increases should be more modest in Marin and Napa counties, which have historically favored a slow-growth sentiment.