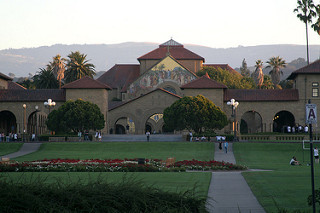 Few Bay Area communities have seen home prices surge as much over the past few years as the Santa Clara County city of Palo Alto. Now in its biggest boom period since the dot-com era, Silicon Valley’s tech industry is a clear driver of demand for Palo Alto homes, as are Stanford University professors and international homebuyers attracted by the region’s educational opportunities. And all are competing for properties in a market that is plagued with inventory shortages.

According to David Barca, vice president of Pacific Union’s Silicon Valley region, there are simply not enough properties in Palo Alto and surrounding communities to quench the thirst of eager buyers.

“The job market is fierce, and there, I think, [is] a ratio is like for every three jobs is one housing unit being created, so the ratios are getting worse – not better – at this point,” he says. “And all of these companies, such as Facebook and Google, are growing. There’s a people-to-housing-ratio dilemma that I think is very significant in this area.”

Also of significance is the esteemed college bordering the city. Recently ranked as the No. 1 college in the United States by Money magazine, Stanford University’s academic pedigree draws top students from across the country and the globe. The university’s world-class reputation gives it household-name cache that other Silicon Valley communities don’t necessarily have.

“[People] may not know where Mountain View is or Menlo Park, but worldwide, they know where Palo Alto is,” says Barca.

Several months ago, one of Pacific Union’s top Palo Alto real estate professionals explained that Stanford University is a big magnet for Silicon Valley buyers, particularly Chinese immigrants. But as in Berkeley, the Bay Area’s other primary higher-education hub, professors and faculty members also need places to live. Stanford professors and executive staff have the option of lower-cost, on-campus housing through the university — at lengths up to 51 years to reduce prices — while a new, 180-unit community is set for completion in 2018.

Excellent public schools, preferable to private ones due to their quality rankings and unified systems, are also a key part of Palo Alto’s appeal for both domestic and international buyers. Schools operated by the Palo Alto Unified School District consistently earn high marks on California’s Academic Performance Index, with most scoring in excess of 900 out of 1,000 in 2013. Both high schools operated by the district were recently ranked among the nation’s top 30 and are considered feeder schools for Stanford. Barca says that although some buyers are dead set on living in Palo Alto, neighboring communities like Menlo Park have schools that are every bit as good.

Then there are the techies, with their high wages and frequent liquidity — often money from company stock options or buyouts — to invest in real estate. The current economic explosion is bringing in a stream of families and employees who seek permanent housing within a close commute of their employers. According to U.S. Census Bureau data, Santa Clara County’s population increased by 6.3 percent from April 2010 to July 2014, outpacing the statewide growth rate of 4.2 percent.

As more buyers are priced out of Palo Alto, Barca believes that neighboring real estate markets like Menlo Park and Redwood City are benefitting from the overflow. That said, housing inventory remains a key challenge for the entire region, particularly given the lack of available land on which to build.

“Affordable housing is at the forefront of everybody’s thinking,” Barca says, noting that some Google employees who are unable to find options near the company’s Mountain View headquarters are commuting from far-flung locales like Stockton — a brutal 150-mile round trip.