Buyers from China have been steadily increasing in ranks over the past five years, leading the country to overtake Canada as the largest foreign investor in U.S. real estate. And here in the Golden State, more than half of international sales involve a buyer from Asia. 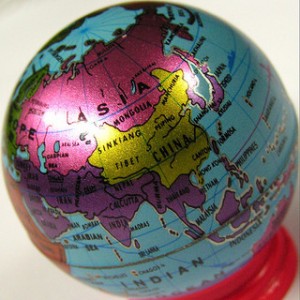 In a new report, the National Association of Realtors says that buyers from China accounted for 16 percent of international property sales between March 2014 and March 2015, the most of the eight countries included in the study. In 2010, Chinese buyers represented 9 percent of all international transactions, compared with 23 percent from then-leader Canada. Since then, Chinese investors have steadily upped their activity as Canadians backed off, with the latter making up 14 percent of sales for the year ended March 2015.

China also leads other countries in spending totals, pumping nearly $29 billion into the U.S. real estate market, more than double the amount of second-biggest spender Canada. According to the report, Chinese spending has increased for four consecutive years, quadrupling in dollar value since 2011.

Asian buyers accounted for 57 percent of California’s international sales over the past year, with 35 percent of all Chinese clients purchasing a property in the state. NAR says that Chinese buyers are strongly focused on major West Coast urban centers such as San Francisco, Los Angeles, and Seattle due to their geographic locations, as well as the educational and economic opportunities they offer.

Chinese buyers appear to be more affluent than those from other countries, paying an average of $831,800 for a property compared with $499,600 for all international investors. They’re also quite liquid, with 69 percent financing the property in all cash, more than buyers from India, Mexico, and the United Kingdom and slightly less than Canadians.

NAR says that U.S. real estate markets seem relatively affordable compared with the high prices found in many major international cities. And that’s true even in expensive places like the Bay Area. With a price tag of more than $622,000 in 2014, a condominium in the San Francisco metro area is still more affordable than an apartment in Paris, Moscow, Vienna, New York, London, Hong Kong, or Geneva.