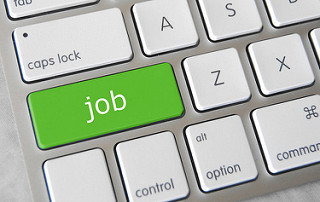 In its latest monthly employment report, the California Employment Development Department says the state added nearly 40,000 jobs in February, bringing the number of positions created during the economic recovery to more than 2.1 million. The state’s unemployment rate dropped to 5.5 percent on a seasonally adjusted basis, the lowest since August 2007.

That puts California within 0.6 percentage point of the U.S. unemployment rate, which fell to 4.9 percent in February. According to the Palo Alto-based Center For Continuing Study of the California Economy, that’s the smallest that gap has been since April 2007. Over the past year, the state has expanded employment by 2.8 percent, compared with the 1.9 percent growth recorded nationwide.

CCSCE says that California’s economy, the world’s seventh largest, will move closer to the No. 6 spot this year, a position currently held by France. The state’s construction and leisure and hospitality sectors are seeing employment surge, while the manufacturing and financial services industry are trending downward. The professional and business services sector, which includes the Bay Area’s tech-company bread and butter, experienced small job losses in February but has grown by 2.7 percent over the past year.

“Composition of employment growth remains broad-based both across industries and geographic areas within the state and looks promising to continue on the path for the rest of the year,” says Pacific Union Vice President of Business Intelligence and Chief Economist Selma Hepp. “Additionally, employment in high-wage sectors remains strong and above most of the other regions in the country, which bodes well for consumer spending in general and home purchasing in particular.”

CCSCE notes that even with the job growth, incomes aren’t rising fast enough to keep pace with home prices and rents. Thus, the need for more housing construction is crucial both in California and nationwide, a sentiment echoed by National Association of Realtors Chief Economist Lawrence Yun in a recent column for Forbes.

February job gains in the construction sector are an optimistic sign for a housing market lacking in new product. “It is encouraging to see steady improvements in construction employment as a positive forward indicator of new residential construction coming online soon,” Hepp says.