The Golden State’s unemployment rate dropped in August, reaching half of the level recorded during the depths of the recession five years ago. Bay Area jobless claims followed suit, falling from the previous month in all nine counties. 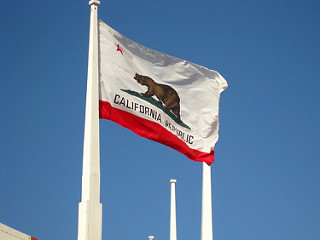 According to the latest numbers from the California Employment Development Department, the state’s unemployment rate declined to 6.1 percent in August on a seasonally adjusted basis, down from a high of 12.2 percent in 2010. California added more than 36,000 jobs in August, 470,000 over the past year, and 2.06 million since the beginning of the economic recovery in February 2010.

Commenting on the data, Palo Alto-based Center for Continuing Study of the California Economy says that those jobs represent 14.3 percent growth over the past five-and-a-half years compared with the nationwide rate of 9.7 percent. The organization notes that most of August’s job growth was due to gains in the government sector, while the professional- and business-services sectors saw losses. Both trends may be seasonal, due to an earlier beginning to the school year and companies transitioning from contract to permanent employees.

Jobless claims fell in each of the Bay Area’s nine counties from July to August, bucking the previous month’s pattern of across-the-board increases. San Mateo County continues to have the state’s most robust job market, with an unemployment rate of 3.3 percent on a nonseasonally adjusted basis, followed by Marin (3.5 percent), San Francisco (3.6 percent), Santa Clara (4.0 percent), Napa (4.2 percent), and Sonoma (4.3 percent) counties.

The Bay Area has demonstrated remarkable improvement in job growth since unemployment levels peaked, which according to EDD historical data was generally in 2010. Santa Clara, Napa, and Sonoma counties offer excellent examples of this trend, as all three saw unemployment rates peak at more than 11 percent during the recession’s darkest days.

In fact, CCSCE says that Bay Area job levels are now 10.6 percent higher than their prerecession peaks, by far the most in the state and up from 10.2 percent in July.