The median Golden State home price hit its highest point in more than seven years in April, while sales volume rose for the third consecutive month. The Bay Area also enjoyed healthy home sales gains in April, with volume rising by more than 20 percent from the previous month. 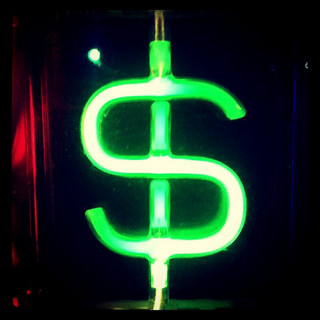 In its most recent home sales and price report, the California Association of Realtors says the median price for a single-family home in the state was $481,760 in April, up 2.8 percent from March and 7.4 percent from a year ago. CAR says that April’s median sales price was the highest recorded since November 2007.

Across the state, there were 427,620 home sales in April, the most since August 2013. In a statement accompanying the report, CAR President Chris Kutzkey noted that the uptick in sales is a promising sign that home sales will remain strong through the remainder of the traditionally busy spring season.

“We are finally seeing some of the pent-up housing demand that we talked about in the past turning into actual sales, thanks to solid job growth, record-low interest rates, and looser lending requirements,” Kutzkey said.

Here in the Bay Area, April was also an active month for real estate, with sales volume increasing 23 percent from March across the nine-county region. Eight counties posted double-digit sales increases from the previous month, ranging from 34.4 percent in Sonoma County to 14.4 percent in Alameda. Napa was the only local county where home sales slipped month over month, falling by 6.7 percent.

The median sales price for a Bay Area single-family home was $844,810 in April, up 4.4 percent from March and 9.4 percent from April 2014. Prices rose from March in every county but San Mateo and Solano, where they decreased 1.5 percent and 2.1 percent respectively but were up across the board year over year. San Francisco overtook San Mateo as the state’s most expensive county, with a median sales price of $1,348,480. San Francisco also had the largest price per square foot in California: $793.

Despite the sales gains, housing-stock constraints remain an issue locally and statewide, with the months’ supply of inventory (MSI) decreasing on both a monthly and yearly basis. California’s MSI fell to 3.5 in April while dropping to 2.2 in the Bay Area, meaning that both markets strongly favor sellers. In a statement accompanying the report, CAR Vice President and Chief Economist Leslie Appleton-Young said that current supply conditions are concerning since they drive up prices and lessen affordability, which could lower homeownership rates in the long term.

CAR says that a lack of homes on the market caused Bay Area homes to sell for an average of 7.1 percent more than original price in April, up from the 5.2 percent premiums recorded a year earlier. The Bay Area remains the only region in California where the average seller can expect to pocket more than asking price.