California’s economy is firing on all cylinders, with job gains and the gross state product (GSP) both growing faster than the national rates. 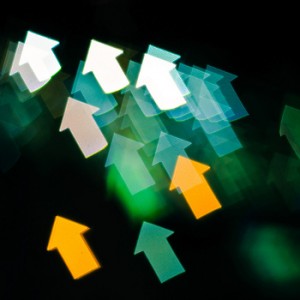 According to the most recent statistics from the California Employment Development Department, the state has added more than 1.9 million jobs since the economic recovery began in February 2010. The Palo Alto-based Center For Continuing Study of the California Economy says that figure represents 13.5 percent growth, compared with the 9.4 percent increase recorded nationwide.

The EDD reports that California’s unemployment rate fell to 6.3 percent on a seasonally adjusted basis in June, returning to its April level after a slight increase in May. Across the Bay Area, June’s unemployment rate held steady in seven of nine counties, with Marin and Contra Costa counties seeing increases of 0.1 percent from the previous month. Jobless claims remain below 5 percent on a nonseasonally adjusted basis in every Bay Area county except Solano. As in May, five local counties boast the lowest unemployment rates in the state: San Mateo (3.3 percent), Marin (3.4 percent), San Francisco (3.5 percent), Santa Clara (4.0 percent), and Napa (4.1 percent).

CCSCE says that employment levels in the Bay Area are now 9.4 percent above than their prerecession peaks, higher than any other major metro region in California. The Sacramento area is the only region in the state where job totals have yet to surpass precrisis highs.

In 2014, California’s GSP – which is comparable to the national gross domestic product (GDP) metric –increased by 2.8 percent, compared with 2.2 percent growth nationally. The state ranked No. 9 in the U.S. for annual GSP gains and may move up the list this year as oil-price declines impede employment growth in energy-industry strongholds such as North Dakota and Texas.

Citing data from The World Bank Group, CCSCE says that California remains the world’s eighth largest economy, with a 2014 GDP of $2.312 trillion, the highest of any U.S. state. Given California’s strong economic growth so far in 2015, it will almost certainly soon overtake Brazil – which had a GDP of $2.346 trillion – for the seventh position.

In spite of the prosperity, California’s housing shortage and affordability conditions remain concerns, CCSCE says. Both rent and home prices are growing faster than incomes, and construction levels have failed to keep pace with the state’s population growth.