Home prices grew slightly faster than rents across the country over the past year, but purchasing a property remains the less-expensive option, thanks in part to low mortgage rates. That’s true even here in the Bay Area, which lays claim to the highest home prices in the nation. 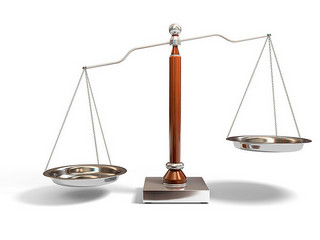 According to a recent Trulia study, buying a home is currently 35 percent cheaper than renting in all 100 of the largest U.S. metro areas, up from 33 percent one year ago. The company calculated its buy-versus-rent ratio assuming a 30-year, fixed-rate mortgage with a 3.87 percent rate and a 20 percent down payment. The study also assumes that buyers are in the 25 percent tax bracket and plan to keep the property seven years and itemize federal tax deductions.

Trulia says that declining mortgage rates – which averaged 4.5 percent in 2014 – are one reason that it’s becoming cheaper to own a home than it is to rent one. The other is that home price growth outpaced rent increases by just 0.2 percent over the past year.

San Jose homebuyers currently face the largest prices in the nation, with the median sales price at $900,000 in the first quarter according to the latest statistics from the National Association of Realtors. San Francisco was the nation’s second priciest market, with a median sales price of $748,300. So while the gap between owning and renting in the Bay Area is predictably smaller than it is nationwide, it is still substantial.

Trulia estimates that it is 24 percent cheaper to own a home in San Francisco than it is to rent, up from 17 percent in the spring of 2014. In San Jose, it is 17 percent more affordable to buy than rent this spring compared with 11 percent one year ago. Still, the report characterizes both Bay Area markets as ones where buying versus renting is “a tougher call.”

Trulia points out that homebuyers should also carefully consider HOA fees when deciding whether it is more affordable to purchase than rent, as they can narrow the gap. Both San Francisco and San Jose ranked within the top 10 U.S. markets for highest monthly HOA fees — $300 and $290, respectively.

Even when factoring in HOA fees, it is still 15 percent cheaper to buy than rent in San Francisco and 8 percent cheaper to do in San Jose, Trulia says. However, the company notes that under certain scenarios, renting might gain the upper hand. For instance, buying a home would be more expensive than renting in 29 percent of the 100 largest U.S. metro areas were an owner to not itemize deductions, keep the property five years, and qualify for a mortgage rate of 4.5 percent.

Renters who are considering purchasing a home should note that mortgage rates remain near historic lows, averaging 3.85 percent for a 30-year, fixed-rate loan for the week ended May 14. But the low rates may not linger much longer, according to Freddie Mac’s May 2015 U.S. and Housing Market & Economic Outlook, which projects them to rise to 4 percent by the end of the year and 4.9 percent by 2016.

In its latest US Housing Analysis and Forecast, John Burns Real Estate Consulting says that it also expects mortgage rates to increase, though the company predicts that they will remain around 3.8 percent for the remainder of 2015.

If you plan to buy a home in the Bay Area or the Lake Tahoe/Truckee region, Pacific Union’s mortgage partner, Mortgage Services Professionals, can offer loan advice and consultation to help make your purchase a success.