To say that we live in the age of information overload is an understatement. If you are not entrenched in economic data, it may be difficult to see the forest from the trees by reading daily news stories. However, after a shaky start to this year, we can now say with some level of certainty that we are on the other side of the tumultuous tunnel and that the economic prospects for 2016 are looking up.

The encouraging signs are both national and international. Nationally, it’s all about jobs. Job growth continues at an exceptional pace; according to the latest U.S. Labor Department survey on new jobs and turnovers, more people — 5.4 million — got a new job in February than in any month since before the recession. Also, we are finally seeing broader improvements in wages, which drive consumption and the service sector. Consequently, industries and companies relying on domestic consumers are doing well.

Businesses affected by a strong dollar and weaker international demand are not doing as well. Internationally, however, the storm has finally subsided. Better news is coming from U.S. trading partners, and oil prices seem to have stabilized. Emerging markets appeared to have weathered the storm, and capital volatility seems to be settling down.

The Bay Area Is the Job Dynamo

The Bay Area has been the shining star in the nation’s economic recovery. The region’s economic strength originates from the exceptional job growth over the last four years, and the Bay Area still outperforms the rest of the country. Over the past year, some 120,000 jobs were created locally, most in technology and other high-income sectors. An important advantage to tech-sector jobs is that they have a high multiplier rate, meaning that their economic spillover to local economies is higher than most other types of jobs. Job growth has also been the impetus for the remarkable housing-market recovery and the ensuing home price appreciation that we have seen across the region.

Jobs are critical to Bay Area housing markets, and growth is still happening. In fact, 2015 was the strongest year of regional job growth since the recovery started. And while 2016 started slower, it still may be the second-best post-recession year if hiring continues at its current pace.

However, the theme that permeates all sectors of the economy is normalization, a natural part of economic cycles. Normalization reflects that markets are maturing and relieves the fears of frothing that have recently concerned many.

Another critical component to the Bay Area’s economy is that it is an innovation hub and relies heavily on venture capital (VC). While 2015 was the strongest year of investment dollars coming into Silicon Valley since the dot-com collapse, the drop in investments in the last quarter of the year caused some concerns over future availability of venture funds. Various reports, however, suggest no lack of VC activity, and some even show that VC firms are raising money at the highest rate in more than 15 years.

Interestingly, though, VC activity is spreading geographically, and the Bay Area lost some of its edge coming into 2016. A recent survey of technology and life-sciences executives in the Bay Area indicates that capital is tightening and that funders are search of a more balanced environment, with a focus on fundamentals. Investors are focusing on startups in more mature stages of development. This may be a good thing, as it removes some of the volatility in expectations. And while overall expectations are going through a short-term readjustment, the survey suggests that the optimism among the executives about the long-term future of innovation is still strong.

Did the Stock Market’s Volatility Leave a Bad Taste With Consumers?

Given the first-quarter stock-market and economic volatility and fears on its impact on housing markets, we surveyed Pacific Union real estate professionals to gauge how these changes are impacting their clients’ decisions to buy or sell a home.

With the majority of buyers and sellers employed in the tech industry and given the large impact that IPOs can have on local housing markets, it is also interesting to see what share of clients actually worked for a startup that recently went public. On average, about 10 percent of clients worked for such a startup. Half of the Pacific Union professionals who responded didn’t have any clients in the IPO world, and a quarter had at least 20 percent or more.

Of buyers with a mortgage, about one-third of down payments came from savings, another quarter from personal wealth, and another fifth from proceed of previous real estate sale. Family wealth helped in 13 percent of transactions. Stock options and IPOs contributed to down payments in only about 7 percent of mortgaged transactions.

All in all, however, the majority of Pacific Union clients feel optimistic about the Bay Area housing market in 2016 (54 percent), with somewhat a smaller share feeling some concern (44 percent). Very few — 2 percent — feel pessimistic.

Figure 1: How was the most recent transaction financed? 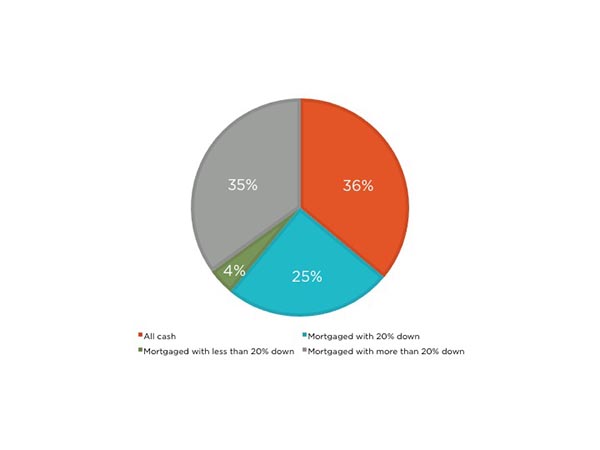 Figure 2: Where did the funds come from in all-cash and mortgaged transactions? 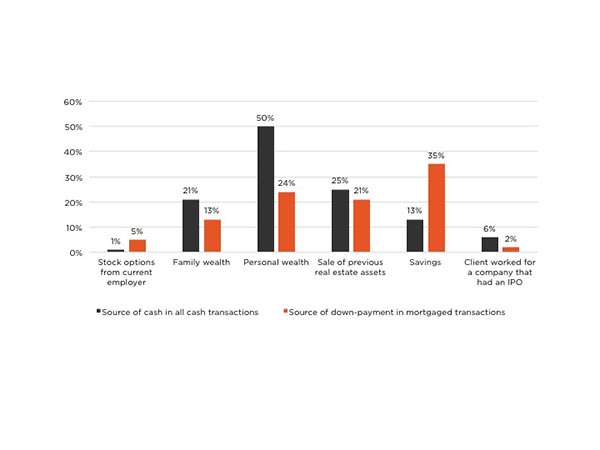 What’s Ahead for the Housing Market?

There has certainly been some adjustment of expectations in the market. Overall, the Bay Area continues to experience the highest price appreciation in the country. In some submarkets, prices are still growing at double-digit percentage points on an annual basis.

Sales, however, faces challenges, in large part due to an ever-slimmer number of homes on the market. The housing  picture is not uniform across the region, and affordability seems to play a large role. When compared with last year, sales have dropped the most in the areas with the highest prices, while other more affordable areas have seen sales increase. Buyers appeared to have grown weary of the competitive market and are not pursuing purchases as aggressively. The median time that homes last on the market has extended a little longer when compared with last year in some expensive places such as San Francisco and Marin County. Similarly, the escalation of sales prices over the initial listing prices is slowing, and buyers are exercising more caution when entering bidding wars.

Pacific Union sales numbers show similar trends as the overall market. After falling activity in January and February, March was encouraging, with sales slightly up from last year. Over the past 30 months, Pacific Union listings peaked in March 2015 at 417 and are currently 13 percent below that.

Limited inventory combined with strong job growth will continue putting pressure on prices in the second quarter of 2016, though the appreciation may be more subdued than in past quarters. As noted earlier, normalization will permeate housing markets, and appreciation rates will slow to lower single-digit numbers. Any remaining uncertainty in the market will stem from the upcoming presidential election and continued geopolitical risks that could unsettle the positive consumer sentiment that has been building with a better job market and wage growth.