Even with the Bay Area’s astronomical rental costs, expensive home prices mean that buyers who purchase an investment property they plan to rent will see smaller returns than those in the rest of the country. 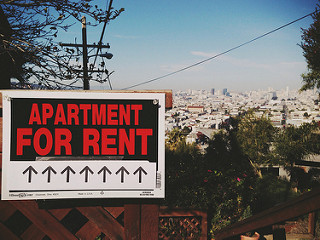 In a recent analysis, RealtyTrac found that buyers who purchased a three-bedroom rental property in the first five months of 2015 should expect to see an average annual return of 8.94 percent. Nationwide, buy-to-rent returns have been declining since 2011, a trend that the study attributes to home price growth aligning more closely with rental costs. In 2014, U.S. home prices grew by 7 percent while rents increased by 1 percent. This year, the company expects home prices to increase by 5 percent and rents to tick up by 3 percent.

And although the average U.S. landlord won’t see the double-digit percent returns they did four years ago, purchasing rental properties remains a sound investment. “Buying rentals continues to be a brilliant strategy that allows investors to hedge their bets in a real estate market shifting away from homeownership and toward a sharing economy,” RealtyTrac Vice President Daren Blomquist said in a statement accompanying the report.

A look at county-level data shows that, for the most part, California investors can expect smaller yields than the national average. The exceptions are Imperial and Kings counties, both markets where the average three-bedroom home costs less than $200,000.

In the much pricier Bay Area, landlords in the most central counties will see returns of less than 5 percent. RealtyTrac projects that an investor in San Francisco County will yield 2.46 percent by renting a three-bedroom home that cost $1.5 million for about $3,100 per month. In San Mateo County, a $1.1 million property would also rent for $3,100, netting the owner a 3.30 percent annual return. The company expects yields of 3.72 percent in Marin County, 3.78 percent in Santa Clara County, and 4.39 percent in Alameda County.