As has been the case for the past few years, Bay Area home sellers remain firmly in the driver’s seat, with four of our local counties ranking among the top 10 in the nation for largest premiums this spring. 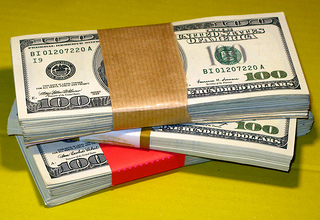 RealtyTrac’s most recent U.S. Home Sales Report says that U.S. single-family homes and condos sold for almost exactly 100 percent of their estimated full market value in April. In a statement accompanying the report, company Vice President Daren Blomquist said that while that statistic indicates a national overall housing supply-and-demand balance, most local markets tended to favor either buyers or sellers.

According to the report, homes sold for more than their estimated full market value in 27 percent of U.S. counties in April, with Northern California and Bay Area counties dominating the list of places where sellers enjoyed the largest premiums.

Home sellers in Alameda and San Francisco counties netted the largest amounts over market value in the nation, both at 108 percent. Marin and Contra Costa counties tied four others for second place – including Yolo in the Sacramento area — with sellers receiving 107 percent of market value. Shasta County also cracked RealtyTrac’s list, with the average home selling for 106 percent of market value. No state other than California had more than one market that ranked among the top 10.

In its latest monthly home sales report, the California Association of Realtors said that the Bay Area was the only region in the state where homes were selling for above asking price – an average of 107.1 percent in April. CAR wrote that a lack of inventory throughout the region is the primary factor pushing final sales prices beyond original prices.

Bay Area counties had the fewest available homes for sale in California in April, with the months’ supply of inventory (MSI) at 1.6 in San Francisco, San Mateo, and Santa Clara counties. Alameda had the second smallest MSI – 2.0 – while Contra Costa and Marin tied San Benito and Yolo counties for third lowest at 2.4.

According to Pacific Union President Patrick Barber, employing the services of an expert, trusted real estate professional is the most important thing that sellers and buyers can do to navigate highly competitive markets with low supply levels. “Too often do I see good buyers lose out or sellers leave money on the table because of poor representation,” he says. “Hire a real estate professional the same way you would a doctor or a lawyer; get referrals and interview them.”