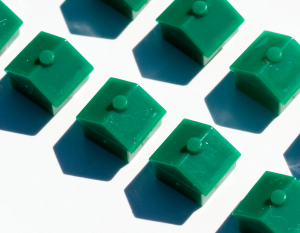 In its June 2015 sales and price report, the California Association of Realtors says that the months’ supply of inventory (MSI) for single-family homes declined to 2.0 across the nine-county Bay Area in June, down from 2.2 in May and 2.5 from one year ago. San Mateo County had the most severe supply constraint in state, with an MSI of 1.5, followed by Santa Clara and San Francisco counties (1.7), Alameda County (1.8), and Contra Costa County (2.0). CAR says that an MSI of 6.0 to 7.0 is typically considered to be a balanced market, with larger numbers favoring buyers and smaller numbers favoring sellers.

The median sales price in the Bay Area was $833,330, down 1.6 percent from May but up 7.7 percent from a year ago, outpacing the state’s annual home price growth of 7.0 percent. In a statement accompanying the report, CAR President Chris Kutzkey attributed the Bay Area’s home price gains to supply limitations.

“Home prices continue to improve but at a more moderate rate compared with the previous year,” she said. “However, in areas such as the San Francisco Bay Area where tight inventory is fueling stiff competition and generating multiple offers, home prices are still rising at or near double-digit rates, and creating a challenging environment for potential buyers in the region.”

Slim inventory levels and heated competition for available homes mean that Bay Area homebuyers continue to pay more than list price, even as buyers across the state enjoyed slight discounts. CAR says that Bay Area homes are selling for an average of 106.3 percent of original list prices compared with 99 percent statewide.

While June Bay Area home sales increased by 9.4 from May and 11.1 percent from a year ago, the number of active listings declined a substantial 10.7 percent on an annual basis, adding another complication to a housing market that’s already difficult for many buyers.