Workers in the Bay Area’s largest two cities rank as the most satisfied in the U.S. for the third consecutive year, a key intangible that should continue to draw highly skilled, highly paid employees to the region and fuel demand for real estate. 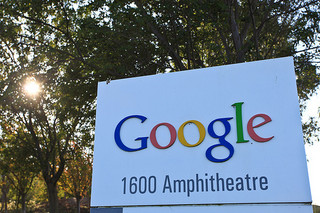 In this year’s 25 Best Cities For Jobs report, Glassdoor gives workers in both the San Francisco and San Jose metro areas job-satisfaction scores of 3.5 on a scale of zero to five, the highest of all metro areas included in the study. The two cities also took the No. 1 and No. 2 spots in both of the past two years.

The two cities would have likely ranked higher on Glassdoor’s overall list were it not for the Bay Area’s high-dollar real estate. The report puts the median home value at $863,800 in San Jose and $728,000 in San Francisco, the priciest of the 25 markets. By way of comparison, the three job markets that top the report – Raleigh, N.C., Kansas City, Mo., and Oklahoma City – all have median home values of less than $200,000.

Bay Area-based companies also figured prominently in Glassdoor’s annual Employees’ Choice Awards, with Mountain View’s Google taking the No. 1 spot with an overall score of 4.5. San Ramon-based Chevron also cracked the top 10 with a 4.2. Other well-known local tech and biotech companies also ranked among the top 50, including Facebook at No. 13, Genentech at No. 17, Adobe Systems at No. 18, Apple at No. 22, and LinkedIn at No. 23.

In a separate report earlier in the year, Glassdoor ranked the 15 highest-paying companies in America, with Bay Area-based firms accounting for more than half the list. The company says that employees of Los Gatos-based Netflix take home a median total compensation $180,000 per year, the second most in the country. Workers at San Francisco’s Mozilla, makers of the Firefox Web browser, pull in a total of $147,556 each year, placing the company at No. 8.