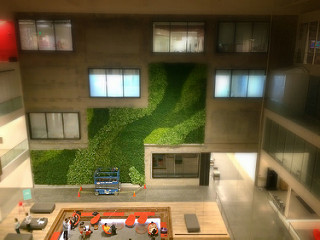 Nearly one-third of America’s 50 best companies to work for are located right here in the Bay Area, and their happy, highly paid employees will likely continue to drive housing demand for the foreseeable future.

In its annual Employee Choice Awards, Glassdoor ranks the 50 best large U.S. companies based on workers’ reviews of their employers. Employees rate their companies on criteria such as compensation and benefits, the CEO, career opportunities, and workplace culture.

Bay Area-based tech companies have a heavy presence at the top of the list, taking five of the top 10 spots for employee satisfaction. This year, San Francisco-based vacation-rental website Airbnb ranks No. 1 in the U.S. for employee happiness, with workers awarding the company an overall score of 4.6 on a five-star scale. Glassdoor puts the average annual salary for Airbnb software developers at about $132,000.

Foster City-based insurance software maker Guidewire Software, which didn’t rank in the top 50 on last year’s list, made great strides on the worker-satisfaction front, zipping into the No. 3 spot with an overall score of 4.5. The company’s software engineers earn an average of $117,000 per year, with senior positions pulling down an additional $26,000.

But Bay Area techies aren’t the only ones satisfied with their employment situation. Biotech company Genentech ranked No. 34, followed by architecture and design firm Gensler at No. 38. Two companies from the energy sector also cracked the top 50: San Ramon‘s Chevron (No. 39) and San Mateo-based SolarCity (No.50).

If current job-growth patterns persist, there will be no shortage of workers moving to the Bay Area in search of both a higher salary and greater career satisfaction. In a recent report, Center For Continuing Study of the California Economy said that Bay Area companies were responsible for nearly half of the state’s job growth in October.