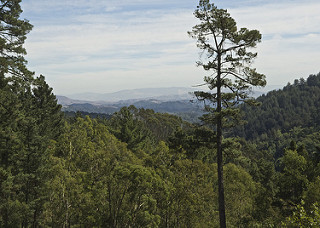 The Bay Area’s thriving economy and excellent educational opportunities are perhaps the region’s biggest draws for homebuyers. But the allure of Northern California’s healthy, active lifestyle cannot be underestimated, and a lot of that has to do with the exceptional outdoor recreation spots our region offers.

In a recent analysis, financial data and software provider SmartAsset ranked San Francisco and Oakland among the top 10 in the U.S. for outdoor enthusiasts based on five criteria: total parkland, acres of parkland per resident, water area, air quality, and percentage of commuters who walk or bike to work. The Bay Area is the only major U.S. metro area with two cities ranked in the top 10, although the premier cities for outdoor buffs — No. 1 Honolulu and No. 2 Anchorage, Alaska — are located in the country’s most far-flung states.

SmartAsset names Oakland as the No. 7 best U.S. city for outdoor enthusiasts, with an overall score of 81.09 out of 100. Eighty-four percent of Oakland’s 6,000 acres of parkland is classified as natural parkland instead of designed parkland, including Redwood Regional Park, the largest assemblage of coast redwood trees in the East Bay. Oakland also scores points for its moderate climate, with temperatures ranging from the high 50s to the mid-70s throughout most of the year.

With a score of 76.37, San Francisco ranks as the nation’s 10th best city for outdoor recreation, with nearly one-fifth of its 30,000-acre footprint devoted to parkland. SmartAsset says that 15.6 percent of San Franciscans bike or walk to work, one of the highest percentages on the list. And if the city’s crown jewel Golden Gate Park weren’t enough green space, there’s also the expansive Golden Gate National Recreation Area, which includes local treasures such as the Presidio, Marin Headlands, and Muir Woods.

Alameda County’s Fremont also cracked the top 20 at No. 19, with an overall score of 72.64. Like Oakland and San Francisco, Fremont notched a 48 for air quality, among the best in the country. Fifty-one percent of Fremont is classified as parkland, the second largest percentage on the list, behind Anchorage.

SmartAsset points out that urban dwellers can greatly benefit from just a few minutes in an outdoor space or green area. Oakland, San Francisco, and Fremont were also recently named among the top 10 greenest U.S. cities by WalletHub, another reason that Bay Area locals count themselves among the happiest folks in the country.