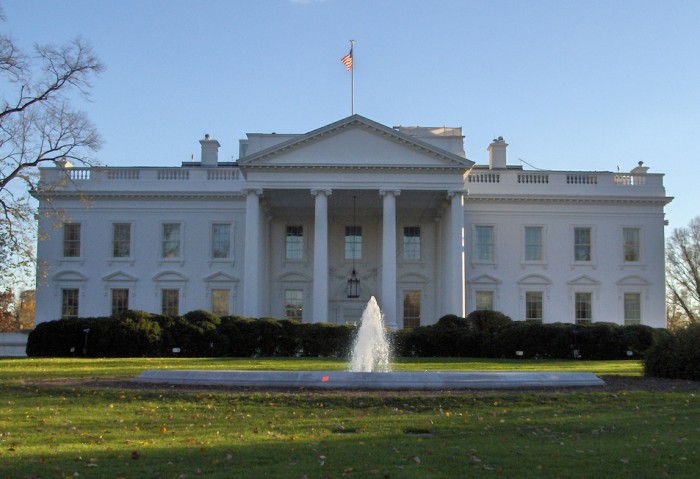 Presidential candidates are setting their sights on one particular piece of real estate: the White House.

Presidential primaries can reveal a lot about the candidates — often too much information, in fact. So it’s curious that in the current primary season we have heard almost nothing on a topic that we hold near and dear here at Pacific Union: real estate. It seems that the candidates from both political parties would rather talk about where they intend to live next — 1600 Pennsylvania Ave. — than their current living arrangements.

It might not surprise you to learn that three of the current candidates have homes adjoining golf courses, but did you know that two candidates live in high-rise condominium towers — one on the 19th floor, the other on the 58th? Two others, meanwhile, live in traditional, colonial-style homes.

Here is a look at the private homes of the current Republican and Democratic party candidates. (Sadly, because they are no longer in the running, we must exclude two of our favorites: Martin O’Malley’s charming four-bedroom, four-bath Tudor in Baltimore, and Lindsay Graham’s comfortable 1,901-square-foot ranch house in rural Seneca, South Carolina)

JEB BUSH: The former Florida governor lives in a neo-Georgian townhouse in the exclusive Almeria Row development in Coral Gables, a suburb of Miami. He and his wife, Columba, paid $1.3 million in 2011 for the four-bedroom, four-bath home with 3,485 square feet of living space, including a spacious kitchen with Calcutta terrazzo countertops, a covered terrace, and access to a courtyard.

BEN CARSON: Home for the retired pediatric neurosurgeon is on the Ibis Golf & Country Club in West Palm Beach, Florida. He and his wife, Lacena, purchased the 6,155-square-foot home in 2013 for $775,000. It has five bedrooms and four and a half baths, plus a gourmet kitchen, an indoor theater, a pool, a hot tub, golf course access, and water views.

TED CRUZ: The junior senator from Texas lives with his wife Heidi and their two daughters on the 19th floor of the Royalton at River Oaks, a luxury condominium in Houston. The two-bedroom, two-and-a-half-bath unit has 2,049 feet of living area. Cruz and his wife bought it for $837,500 in 2008.

JOHN KASICH: Ohio’s governor lives with his wife, Karen, and their twin daughters live on the edge of a golf course in rural Westerville. He bought the three-bedroom, two-and-a-half-bath home in 1996 for $105,000.

MARCO RUBIO: Florida’s junior senator lives in West Miami, just 10 miles from Jeb Bush. Rubio and his wife, Janette, paid $550,000 in 2005 for the four-bedroom, three-bath home, where they live with their four children. The 2,581-square-foot home has a porch, a brick patio, a trampoline, a wooden fort, and a swimming pool.

DONALD TRUMP: The White House might be a downgrade for the wealthiest candidate in the 2016 race. Trump and his wife, Melania, live on the top three floors of his 58-story Trump Tower in Manhattan. The 30,000-square-foot home is lavishly decorated in 24-karat gold and marble in a style reminiscent of King Louis XIV’s Palace of Versailles, with painted ceilings, ornate columns, opulent furnishings, and crystal chandeliers. He also owns a 230-acre, 50,000-square-foot mansion in Bedford, New York, and the 110,000-square-foot Mar-A-Lago Club in Palm Beach, Florida.

HILLARY CLINTON: The former secretary of state lives in an 11-room, Dutch colonial home in Chappaqua, New York, with her husband and former president Bill. They bought the home in 1999 for $1.7 million. Built in 1899, the 5,232-square-foot home sits on 1.1 acres, with five bedrooms, four bathrooms, a pool, and a barn. The Clintons also own a four-bedroom, six-bath home in Washington, D.C., for which they paid $2.85 million in 2001.